WEBCAST | The Pandemic in Mexico: The Scope of the Tragedy

Mexico is facing the worst economic-health crisis in its history, with major deficiencies in infrastructure, medical equipment, as well as insufficient human resources and information for decision-making, among many others. The Wilson Center's Mexico Institute and Signo Vitales were pleased to host an event on the coronavirus pandemic and its impact in Mexico. Experts discussed the report "The Pandemic in Mexico: The Scope of the Tragedy" and analyzed the short-term and long-term effects of the pandemic in Mexico across multiple issue areas.

The report contains two parts: the first shows an analysis of the management and short-term effects of the COVID-19 pandemic in Mexico, while the second refers to a diagnosis of issues that, due to their importance, signficance, and the urgent need for attention, are designated as Vital Signs Alerts.

"The goal [of Signos Vitales] is to present a non-partisan, objective diagnosis of the country, not only on economic issues, but also on social areas like governance and the environment. We want to provide an analysis of whatever needs to be done in the country."

"Monitoring of the pandemic was done with limited and unrepresentative sampling, and this allowed the contagion of the population without tracking."

"The projections are that we will have 88,000 deaths by the beginning of October. The pandemic is out of control and the health scenario is unfortunate and the government has proceeded to reopen [the economy]."

"What we see in the forecasts is GDP falling by more than 8% and [that it] will recover very slowly. The sort of support from the government is very modest and insufficient and is much less than 1% of GDP so you would have to see that with a microscope. In economic terms, there is a lost decade on the horizon."

"As of June 16, Medical and sanitary personnel’s reported death rate was 2.6% out of the total deaths in Mexico, more than double than Brazil, triple than Peru, and five times more than China or the United Kingdom."

"The government fell into the trap of the false dilemma: economics vs health, where social distancing was not applied in a timely manner because they thought it would undermine economic activity [...]. Social distancing measures were not applied in a timely or strict manner, nor was the proliferation of infections prevented. [They] refused to give people an emergency income to stay at home. Without that sustenance, it was impossible for millions of people to strictly observe social distancing. [...] What are the results? A lost decade in the horizon."

"It would be shameful is this crisis goes go to waste and by that I mean there are very important lessons of what can not happen with our health sector. We should start thinking about what all these numbers mean to avoid mistakes and identify what was gone right so that that we learn from this. "

"We need to put this information to work for various reasons: 1) This is not the last pandemic. Pandemics may increase due to population growth and urbanization; 2) an argument of reciprocity. We need to share with the rest of the global community what happened in Mexico. [...] Our assessment is not only for Mexico, it is also of global concern. [That is] the learning that might come from this exercise will have externalities for the better working of our governments."

"The future response of the next pandemic is conditioned by the experience we have had in this pandemic, and that's why it is so important to understand and to avoid future downplaying."

"There are three main takeaways: first, the pandemic was originally downplayed and a lot of that has to do with the Mexican experience of the 2009 swine flu pandemic. Facemasks and banning international travel were not recommended back then and the current leadership was conditioned by that experience. Second, we had contradictory messages. We were not the only country with conflicting messages and there was a lot of uncertainty about how the virus was transmitted. Some of the messages were attributed to the nature of our government and the lack of evidence. Third, measures were improvised and I think thebiggest flaw was politics getting mixed with science and contributing to the contradictions that we saw. "

"Tensions between the local and federal governments also affected the performance of the government in addressing this crisis and contributed to the confusion. This creates very important lessons in terms of the response capacity and the health system in responding to a crisis."

"This pandemic revealed very important weaknesses of the [Mexican] health system. We knew there were problems with our procurement systems, coordination with [different] levels of government. We should not throw away those lessons for the future."

"This pandemic is regressive, it hit the poorest them on the health side since they were more vulnerable to the pandemic, more prone to get infected, and because they [only] have access to low-quality healthcare. On the economic side, they could not adapt to the new economic working from home format."

"One possibility is that the government will have its own self-assessment. I think this will not be the case [in Mexico] and that is why it is very important that civil society takes a very strong position in terms of assessing the response capacity to tackle this crisis."

"We downplayed the pandemic, both government and the people. In 2019, before the arrival of the COVID-19 pandemic to Mexico, the national economy registered its first negative growth rate since 2009."

"The IGAE production proxy shows we have lost a decade in production and that we have the same levels of production that we had in September 2009. This is mindblowing given the increases in population and economic activity."

"We have never seen such as a severe decrease in private consumption, bearing in mind that not everyone stayed at home."

"[When it comes to investment] we have seen decreases in investment for over 16 months and the one [observed] in April was the strongest in our [recorded] history. The level of investment that we are seeing right now is the same we saw in August 1995. That’s the level of loss we are experiencing. We are also seeing the lowest levels of public investment since we started capturing recording [that data]."

"If we take into consideration population growth,  a full-on full recovery to the levels of 2019 will happen sometime between 2032 and 2033, that is more than a lost decade and it is worrisome."

"The ETOE survey reveals that 7.5 million jobs have been lost during the pandemic. In April the working population lost 12.5 million people, 300,000 of those returned to the workforce in May and 4.7 million did in June." 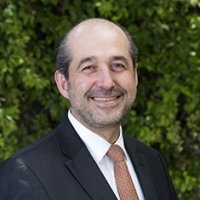 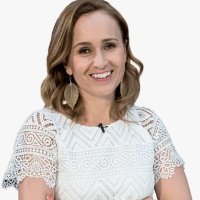 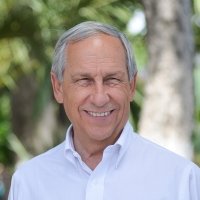