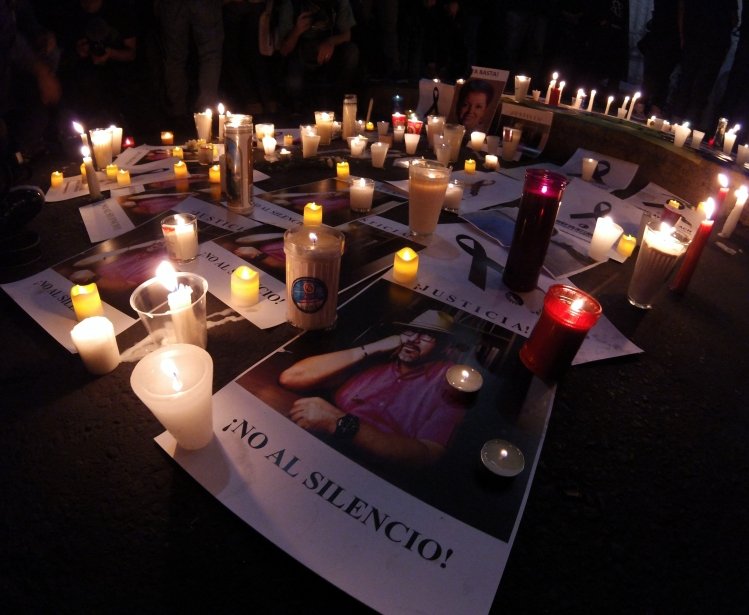 Event
Rule of Law
Dying for a Story: How Impunity and Violence against Mexican Journalists are Weakening the Country
On Wednesday, June 28, 2017 at 9:00 – 12:00 ET
Loading...
Show more

Adela Navarro Bello is the general director of the weekly magazine Zeta in the border city of Tijuana, Mexico. Created in 1980, Zeta is one of the only publications that regularly runs investigative pieces on organized crime, drug trafficking and corruption in Mexico’s northern states, where self-censorship is rampant. The cost of Zeta’s coverage of crime along the U.S.-Mexico border has been high: Héctor Félix Miranda, co-founder of the magazine, was killed in 1988, and co-editor Francisco Ortiz Franco was murdered in 2004. In 1997, after an assassination attempt against Zeta founder and then director J. Jesús Blancornelas during which one of his bodyguards was killed, Mexican authorities provided Navarro Bello with a bulletproof vest and two bodyguards.

Before becoming general director of Zeta, Navarro Bello worked as a writer, columnist and a member of the editorial board. During more than 20 years of journalistic reporting for Zeta, she has interviewed Mexico’s top political figures, including presidents, governors and party leaders. In 1996 she graduated from Universidad Autónoma de Baja California, where she studied communications.

For her fearless reporting, Navarro Bello was named one of Newsweek’s “150 Women Who Shake the World” in 2012. She was also named 2012 San Diego Journalist of the Year by the Society of Professional Journalists and is the recipient of a 2011 International Women’s Media Foundation Courage in Journalism Award. In 2007, she won an International Press Freedom Award from the Committee to Protect Journalists (CPJ), given in recognition of courage in defending press freedom in the face of attacks, threats or imprisonment.