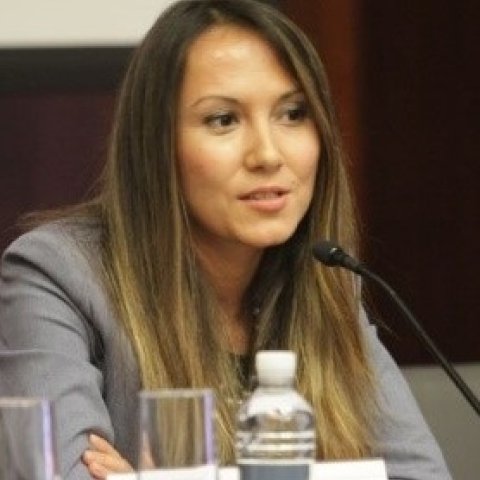 Aliya Candeloro is a Senior Program Officer with Eurasia Foundation’s Education, Leadership, and Exchange Department. She oversees the implementation of Eurasia Foundation’s US-Russia Youth Media Exchange Program as well as the Disability Partnership Platform. Aliya has played a key role in developing these special initiatives and continues to expand them in both Russia and the US. She is a native of Kazan, Russia where she attended Kazan State University and majored in Russian Language and Literature with a double major in English. She also holds a B.A. in Russian Language from the University of Maryland. Prior to Joining Eurasia Foundation, she was involved in projects focused on Open Source Intelligence on Organized Crime and RN Trafficking within Special Projects at the National Consortium for the Study of Terrorism and Responses to Terrorism (START) and the Second Language Acquisition (SLA) research study at the University of Maryland. Aliya is fluent in both Russian and English.