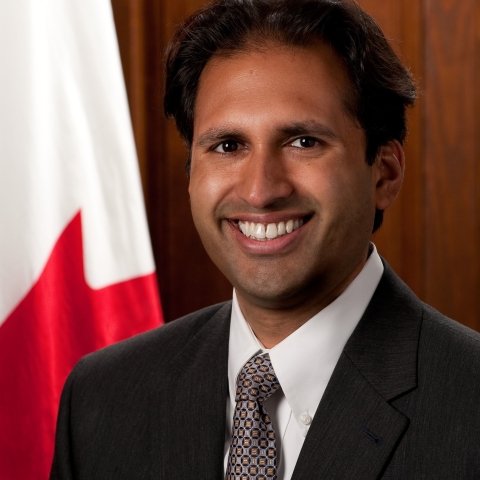 Audri Mukhopadhyay is a Global Fellow of the Wilson Center’s Canada Institute in Washington, DC. He has previously served as the Consul General of Canada in Ho Chi Minh City, Vietnam. He has held various executive positions at Global Affairs Canada, with portfolios including South and Southeast Asia, public service modernization, and strategic initiatives. He has previously served as the Government of Canada’s representative to the Internet Corporation for Assigned Names and Numbers (ICANN). He began his career as an economist with Finance Canada, and has also worked for the private sector in Silicon Valley, California.

A Rhodes Scholar, Audri holds two degrees from Oxford University: an M.B.A. and an M.Phil in Economics, as well as a B.A. in Economics from Dalhousie University. He has presented guest lectures at universities in Canada, the United Kingdom, Hungary, and Vietnam. Audri was raised in Halifax, Nova Scotia, and speaks English, French, and Bengali.

Wilson Center Project:
“Best practices in diplomacy, and optimizing the effectiveness of interventions to advance economic, security, and political objectives”

Project Summary:
Diplomats and diplomatic networks are powerful tools that governments can use to advance their external interests. This project seeks to understand best practices in leveraging these tools, via interviews with actors involved in past diplomatic interventions. The goal is to identify key takeaways that can serve as a primer for diplomats aiming to advance economic, security, and political objectives in the future.