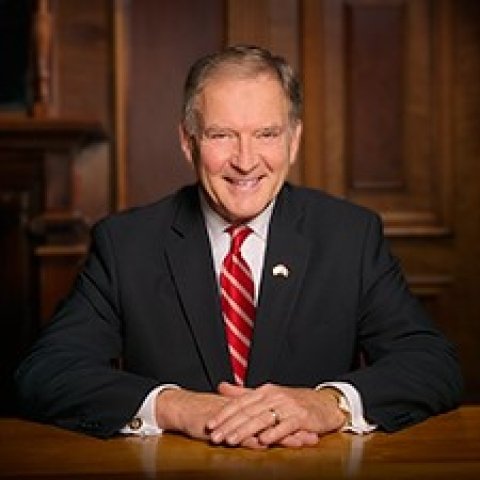 Bill Owens, Esq. served in the United States House of Representatives from 2009 to 2015 representing New York’s 21st Congressional District (previously 23rd).  Prior to being elected to Congress he served in the United States Air Force for four (4) years and worked as an attorney in Plattsburgh, New York for 30 years working as counsel for a Customs House Broker and Freight Forwarder.  In the 1990s he developed a model for assisting Canadian clients to expand into the United States forming hundreds of US subsidiaries of Canadian Businesses.

His knowledge of the economic importance of the United States - Canada trading relationship, which he developed practicing law, was a key focus during his time in Congress.  While he was a United States Congressman he was a Co-Chair of the Northern Border Caucus.  He introduced several pieces of legislation to aide in pre-clearance and fund customs and border patrol activities.  Bill also served on the Agriculture Committee, Armed Services Committee, Homeland Security Committee, Small Business Committee, the House Appropriations Committee, Subcommittee on Defense, and the Subcommittee on Homeland Security.

While in Congress, he developed relationships with the legislators and diplomats in the Canadian government.  Since leaving Congress, he has continued to work with the Canadian and United States government to improve trade relationships between the two countries.  Bill works as a lawyer with the Stafford Owens Law Firm in Plattsburgh, as a consultant to Dentons and is a partner in DeCamp & Owens Trade Consulting, LLC.

Bill is a board member of the Canada Institute at the Woodrow Wilson International Center for Scholars in Washington, D.C.,a board member and the Canadian American Border Trade Alliance.   He serves on a number of other Boards in the Banking and Healthcare Industries.He has had numerous articles published over the course of his career.  Most recently:

He has given innumerable speeches to Canadian business people over the course of his career regarding doing business in the United States.  But, most recently he has presented:

·         U.S./Canada Border Conference in Detroit, Michigan September 19-20, 2016, on the topic of “Preclearance – the Stakeholders Prospective” and its impact on the U.S./Canadian border