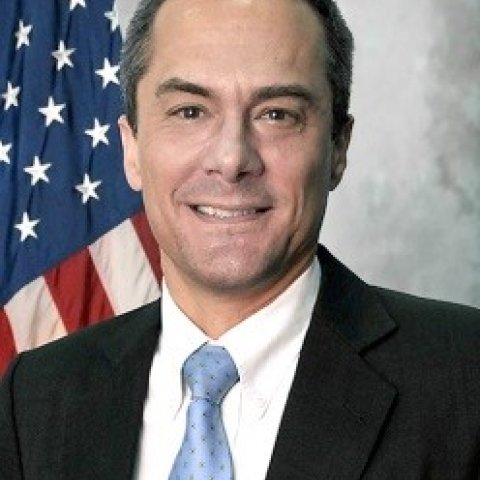 Director of the Office of Eastern European Affairs, State Department

Brad Freden is the Director of the Office of Eastern European Affairs, which is responsible for relations with Ukraine, Moldova, and Belarus in the Department of State’s Bureau of European and Eurasian Affairs.  Prior to this assignment, he served as Director of the Office of Caribbean Affairs in the Bureau of Western Hemisphere Affairs.  Overseas assignments include Deputy Chief of Mission at the U.S. Embassy in Montevideo, Uruguay, where he was Chargé d’Affaires ad interim for 18 months; and DCM in Ljubljana, Slovenia, where was Chargé for nearly two years.  He also served as Counselor for Political and Economic Affairs in Sofia, Bulgaria; Political-Military Affairs Officer in Prague, Czech Republic; Political Officer in Colombo, Sri Lanka; and Vice Consul in Merida, Mexico.

In Washington, Mr. Freden served previously in the State Department Operations Center as a Watch Officer and Senior Watch Officer; and in the Bureau of European and Eurasian Affairs, where he worked on post-Cold War NATO enlargement.  He was the State Department Faculty Advisor at the U.S. Naval War College in Newport, Rhode Island, where he taught a core course for field-grade officers on the relationship between strategy and policy.  Mr. Freden received his commission as a Foreign Service Officer in 1990 and was promoted to the Senior Foreign Service in 2012.  He has an M.A. in National Security and Strategic Studies from the Naval War College, an M.A. in International Relations from the Fletcher School of Law and Diplomacy at Tufts University, and a BSFS in International Politics from Georgetown University.

Prior to attending college, Mr. Freden served as a paramedic in the U.S. Air Force.  As part of his training, he attended the Air Force’s Basic Freefall Parachuting course and subsequently jumped from both helicopters and fixed-wing aircraft at altitudes of up to 20,000 feet.  Mr. Freden was born in Walnut Creek, California.  His wife, Piedad, is a bacteriologist by training.  They have two teenage children.