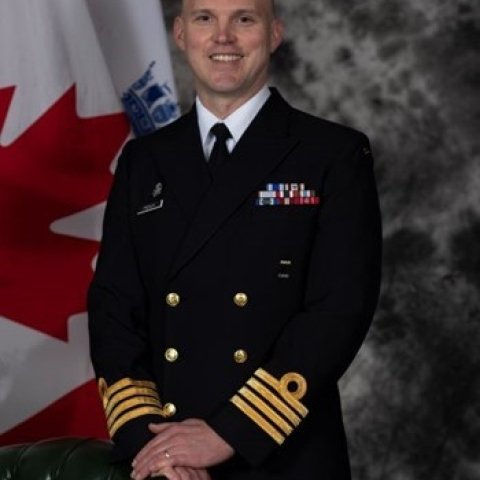 Captain(N) Jacob French joined the Canadian Forces in 1994 in Saint John, NB as a Maritime Surface/SubSurface Officer, and attended Dalhousie University (BSc Earth Sciences Honours) under the Regular Officer Training Plan. Commissioned in 1998, he was a Bridge Watchkeeper onboard HMCS Algonquin and Calgary, including OP AUGMENTATION in 2000 in the Arabian Gulf. He completed a Navigation Officer tour onboard HMCS Vancouver in 2003 and was an instructor at the Naval Officer Training Centre from 2004 – 2006. Upon completion of the Operations Room Officer course, he was posted to HMCS Fredericton from 2007 – 2010, to include two deployments to the Middle East under Operation ALTAIR and Operation SAIPH. He was appointed as Executive Officer HMCS Calgary in 2014, Executive Officer Sea Training Pacific in 2015. His most recent sea posting was as Commanding Officer HMCS Regina in 2018 – 2019, which included an Indo Asia Pacific and Northern Arabian Sea deployment under Operation ARTEMIS and PROJECTION, as Commander of the Maritime Task Force with HMCS REGINA and MV Asterix. This deployment also included a contribution to Operation NEON, support to UNSCR sanctions on North Korea in the East China Sea.

He holds a Masters of Defence Studies from Australia National University as a graduate of the Australia Command and Staff Course in 2013.

He was promoted to his current rank of Captain (N) in July 2020, and he is currently appointed as Deputy Commander Joint Task Force North in Yellowknife, NT.

Captain (N) French’s wife and two daughters love being on the water in canoes and kayaks, camping whenever possible, and avoiding long portages. His favourite hobby is fly fishing. 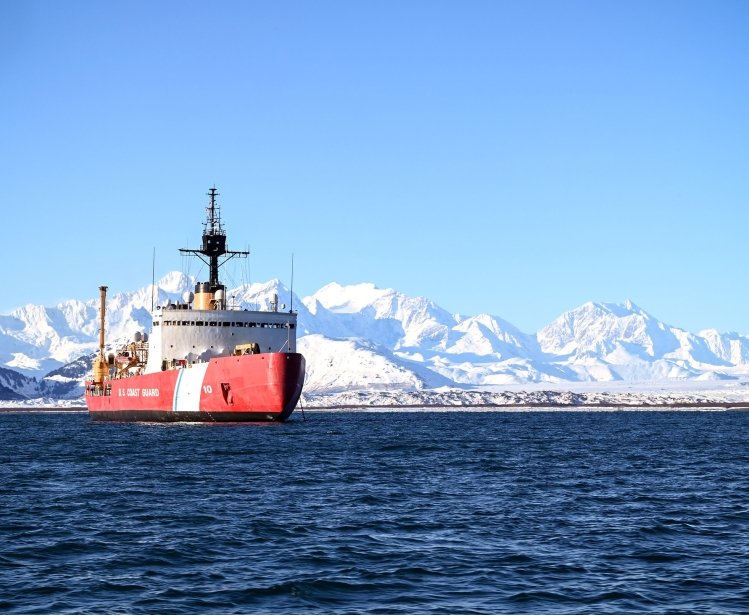