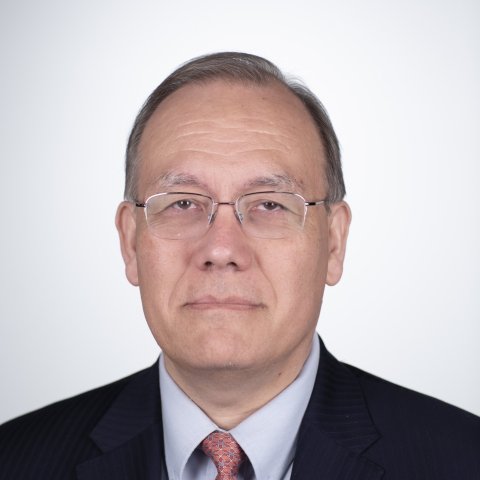 Over the course of his career, Dr. Scott Pace has honed his expertise in the areas of science, space and technology. In 2017, President Donald Trump nominated Dr. Pace to serve as the executive secretary for the National Space Council, which streamlines and coordinates America's space policy and strategy. Previously, Dr. Pace was the director of the Space Policy Institute and professor of the practice of international affairs at George Washington University. He has also served at NASA, the White House Office of Science and Technology and the RAND Corporation’s Science and Technology Policy Institute. Dr. Pace has received numerous awards including the NASA Outstanding Leadership Medal (2008), the U.S. Department of State’s Group Superior Honor Award, GPS Interagency Team (2005), and the NASA Group Achievement Award, Columbia Accident Rapid Reaction Team (2004). Dr. Pace received his B.S. in physics from Harvey Mudd College in 1980. Two years later, in 1982, he earned his master's degree in aeronautics and astronautics and technology and policy from the Massachusetts Institute of Technology. Dr. Pace received his doctorate in policy analysis from the RAND Graduate School in 1989.