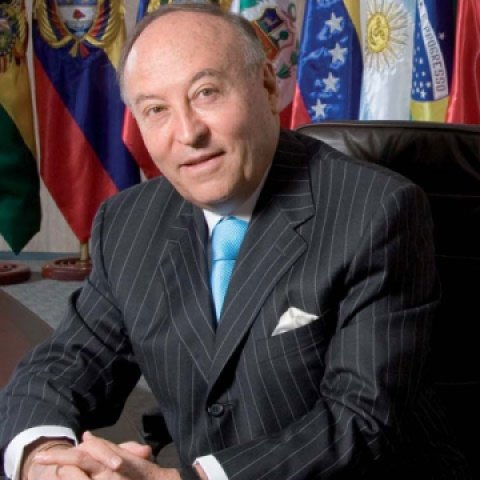 Enrique García is the executive president and CEO of the Development Bank of Latin America. A Bolivian national, García served as minister of planning and coordination and head of the economic and social cabinet from 1989 and 1991. Previously, he was deputy minister of planning and coordination and a member of the board of the Bolivian Central Bank. García served as an officer of the Inter-American Development Bank for 17 years.

In addition, García has been governor for his country in the World Bank Group, the Inter-American Development Bank, and the Financial Fund for the River Plate Basin and a member of the development committees of the International Bank for Reconstruction and Development and the International Monetary Fund. He was professor at Universidad Mayor de San Andrés and the Catholic University, both in La Paz, Bolivia, and is the author of various publications. García holds a M.A. in economics and finance from St. Louis University and conducted doctoral studies at American University. He is fluent in Spanish and proficient in Portuguese.