H.E. Francisco Santos is the Ambassador of Colombia to the United States. Prior to being named Ambassador, in 2017, he was appointed as the head of national debate by the Democratic Center Party, a position from which he worked toward consolidating the national party at a regional level. In 2015, Santos ran for Mayor of Bogota on the Democratic Center Party ticket. He created the Fundación Confianza Colombia, promoting democracy and citizen participation in public affairs, as well as developing ideas in the political, economic and social spheres. He served as Vice President of Colombia from 2002 through 2010 during the administration of President Álvaro Uribe Vélez. As Vice President, Santos also led Colombia’s international promotion of trade, investment and tourism. In March 2000, while working as Assistant Director of the newspaper El País, he went into exile in Madrid, Spain, because of threats from the Revolutionary Armed Forces of Colombia (FARC). Francisco Santos was awarded the Neiman Fellowship at Harvard University and the Paul Harris Medal in 1993. That same year he promoted the Anti-Kidnapping Statute in Colombia. From 1988 to 1989, he was Deputy Editor of the paper. Between 1987 and 1988, he served as night Editor-in-Chief of the newspaper El Tiempo. In the late 1980s, Santos also taught journalism and international relations at Universidad Central, Universidad Javeriana and Universidad Jorge Tadeo Lozano. On September 19, 1990, Santos was kidnapped on orders from drug trafficker Pablo Escobar, remaining in captivity for eight months. He was released on May 20, 1991. He founded the first non-governmental organization against kidnapping in the world, Fundación País Libre. Santos studied Journalism at the University of Kansas, and Latin American Studies at the University of Texas. 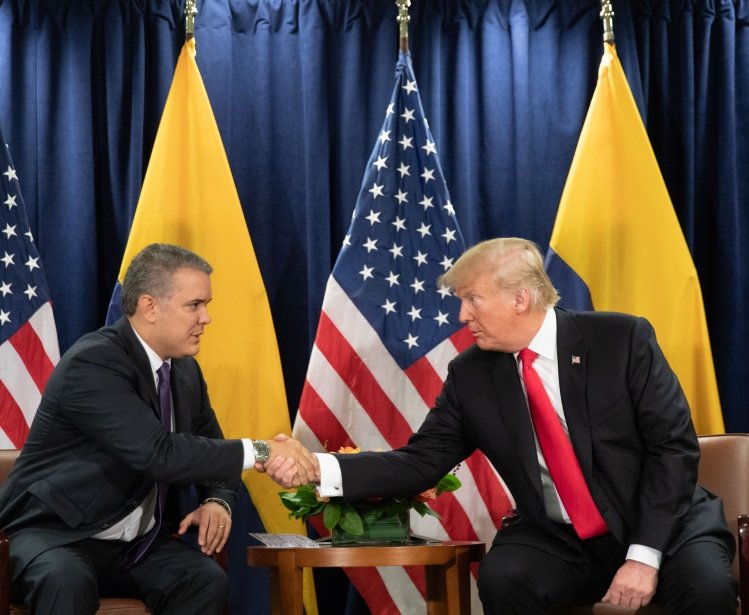 Event
U.S. Foreign Policy
The U.S.-Colombian Bilateral Relationship: Challenges and Opportunities for the Duque Administration
On October 18, 2018 at 9:00 – 10:30
Loading...