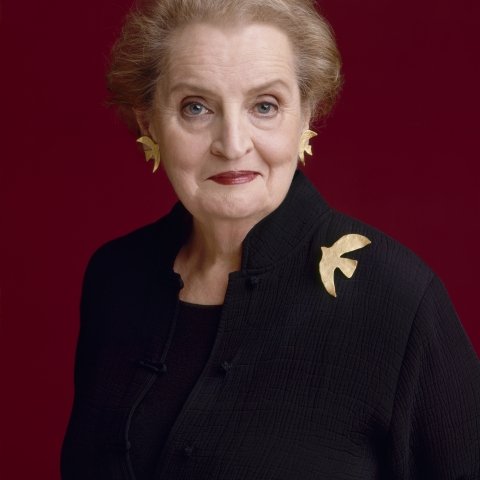 Madeleine Korbel Albright served as the first woman Secretary of State of the United States when she was appointed by President Clinton in 1997 and became, at that time, the highest ranking woman in the history of the U.S. government.  Previous to that appointment, from 1993 to 1997, Dr. Albright was the United States representative to the United Nations.

Dr. Albright is the founder of The Albright Group LLC, a global strategy firm and first Michael and Virginia Mortara Endowed Professor in the Practice of Diplomacy at the Georgetown School of Foreign Service. She is the Chairman of The National Democratic Institute for International Affairs, Chair of the Pew Global Attitudes Project, President of the Truman Scholarship Foundation and serves on the board of directors of the Council on Foreign Relations and the Aspen Institute.  Dr. Albright received her B.A. with Honors, from Wellesley College, Masters and Doctorate from Columbia University's Department of Public Law and Government, as well as a Certificate from the Russian Institute.  Dr. Albright was born in Prague, Czechoslovakia, and immigrated to America with her family in 1948. 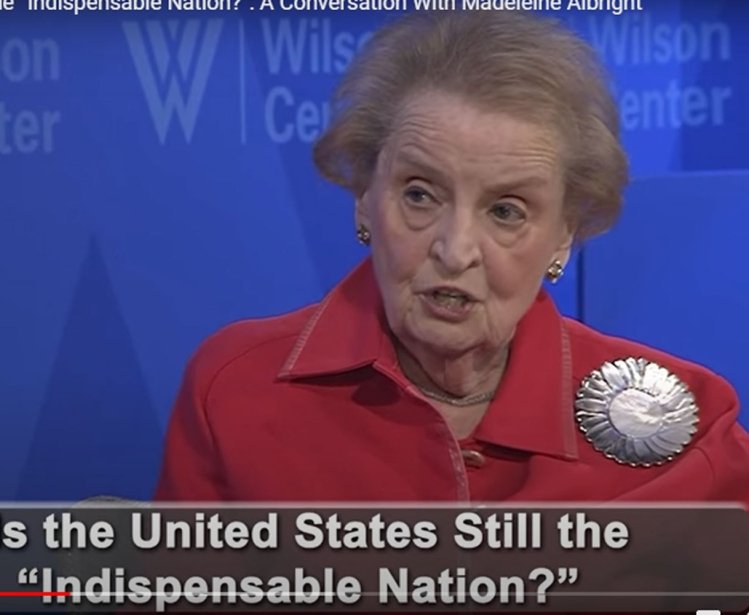 Video
Migration
Is the U.S. Still the “Indispensable Nation?”: A Conversation With Madeleine Albright
Loading... 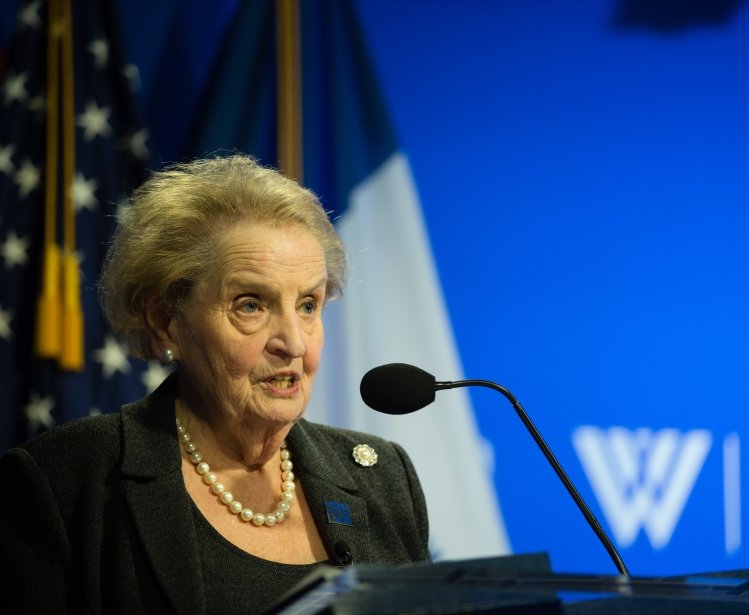