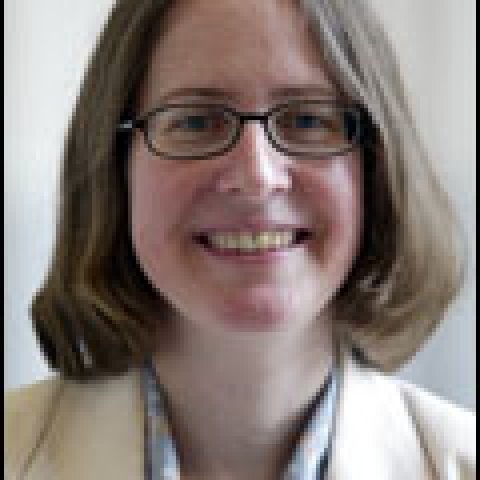 "The Politics of War: Congress, World War II, and the Modernization of American Governance"

A self-described political junkie, I grew up in rural East Texas, the daughter of local Democratic party activists, and I spent my early years in graduate school working for Texas politicians. From a young age, I sensed that careful study of political discourse and policy development would reveal much about even larger, more fundamental questions pertaining to power, its dissemination, and its impact on society. As an undergraduate, I converted an observer's fascination with politics into a rigorous scholarly agenda that has sustained my career ever since. My award-winning biography of a Texas congressman, titled Wright Patman: Populism, Liberalism, and the American Dream, highlights the importance of studying political "losers." Chair of the Banking Committee for many years, Patman was a central figure in the shaping of economic and social policy. Historians of modern politics have been quick to celebrate the postwar economic boom as evidence of liberalism's triumph, but my book uses Patman's actions to probe the systemic flaws that retarded and stagnated growth in the nation's periphery. My book demonstrates why future congressional studies must extend beyond the famous speakers and their influential allies to include luminaries such as Patman, who, by the force of personality, often redirected the nation's political compass.On a parallel track, I began studying the nature of elite female political involvement. My first such project was another biography, titled Texas, Her Texas: The Life and Times of Frances Goff. Co-authored with Lewis L. Gould, the book explicates a female political aide in the 1930s and 1940s, who later worked for the director at the University of Texas M.D. Anderson Cancer Center while also maintaining an unpaid, half a century long career as director of the Texas American Legion Auxiliary's Girls State Program. This work ultimately led me to Forgotten Feminist: Lou Henry Hoover as First Lady, a book forthcoming from the University Press of Kansas. In it, I argue Hoover was a transitional figure between 19th and 20th century views on womanhood. While she exhibited traits of the "New Woman," she also constructed her political persona through a public partnership with her husband, Herbert Hoover. Her importance lies not only in the innovative and creative ways she remade her White House role to include a public policy presence for presidential spouses but also in her contributions to feminism in the early 20th century. My current project, "The Politics of War," results from unanswered questions I posed while working on Wright Patman. Specifically, I was struck by a willingness among scholars and lay people alike to accept the myths of a cooperative, and increasingly impotent, Congress, which supposedly had little or no impact on the World War II era. The myth of cooperative congressional behavior obfuscates the internecine party warfare over issues ranging from strikes, economic regulation, and anti-communist red-hunting to race, gender, and the postwar peace. World War II has slipped into myth, and these home front quarrels have been almost completely forgotten. Thus, the meanings of World War II for American history cannot be fully measured without studying the role of Congress in developing wartime policy and assessing the impact of the war on Congress. My book, then, seeks to recapture the primacy of political history for integrating diverse modes of historical inquiry—social, labor, gender, and race to name a few—while also focusing attention on what was the crucial moment of 20th century American history.