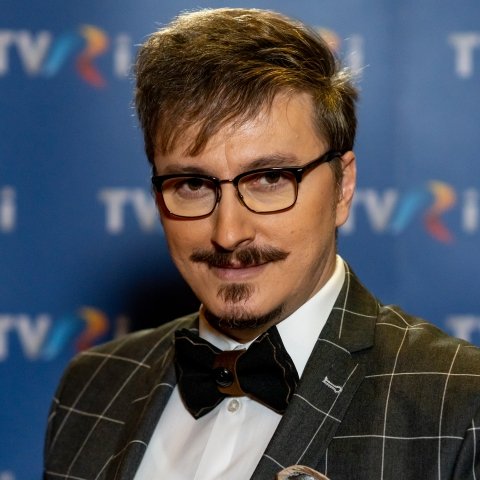 Octavian-Dragomir Jora (*), b. 1980, is an economist, scholar, writer, editor, and a settled presence in the Romanian (as well as abroad) marketplace of academic and journalistic debates.

He is a Professor, Ph.D., Habil. at Bucharest University of Economic Studies, the Faculty of International Business and Economics, where he has cultivated and developed interests in, among others, comparative economic systems, critical and creative thinking, and geo-politics and geo-economics of cultures and civilizations. Dr. Jora is active within epistemic communities – i.e., a board member of the Romanian Economic Society (serving as director of the Œconomica journal), the Research Center in International Business and Economics, and president of Asociația Piața Ideilor [The Market for Ideas Association] (and founding editor-in-chief of The Market for Ideas magazine – a publication that currently gathers readers/writers from 215/50+ countries and territories of the world). He is (co-)author of numerous books and other published and/or presented scientific papers (more than 100 titles), as well as of journalistic op-eds, essays, pamphlets (more than 1000 titles). His true (a)vocation is the freedom of expression in writing and speaking outlets, graphic layouts, as well as football fields.

Dr. Jora was privileged by the attention paid to his works. A sample of academic distinctions: 2014 – 1st Prize, the Association of Economics Faculties from Romania (AFER), for the best economic book (Avatars of Multinational Corporation…); 2017 – The “Eugeniu Carada” Prize for Economics, granted by the National Grand Lodge of Romania and the Romanian Academy (for the volume Spirituality, Materiality and Property…); 2017 – The Best Paper in Economics Award at the 6th CUDES Congress, Istanbul, Turkey (for Is There a Market for Statehood or Ought It To Be?…); 2018 – The Management & Marketing Award, at the 12th ICBE, Bucharest, Romania (for Cultural Heritage Markets: Are Traders Traitors?…); 2019 – The Best Paper Presenter at 24th ICBELLP, Dubai, UAE (for Outer Space Incentives and Home Planet Institutions: Teleology, Thymology, Technology, and Tractology…). He received reputed prizes for journalism from guild associations (of economists and journalists) and from international organizations (e.g., Freedom House, the European Commission, the European Parliament etc.).

The research project to be pursued under the auspices of the Woodrow Wilson International Center for Scholars, Washington, D.C., and funded by the Romanian Cultural Institute, is entitled: Creatorship and Craftsmanship 4.0. Afterthoughts and Foresights on Industrial Revolutions’ Cultural Economy.

The idea of the research project starts from the fact that the “economic” and “cultural” realms cohabit united by their concern with “value” and “valuation”. Materially molded and spiritually charged, tangible/tactile and intangible/unreachable, personally owned and collectively enjoyed, nourished at present and cherished in past/future times, the supply composed of demandable cultural goods and services defines and refines human beings as individuals, as communities, as species. The “economics of culture”, despite inner demurs – such as “pricing of the priceless” or ascribing “production functions” to unique artwork and so on –, is even more at stress when called to foretell how technological shifts will impact human sensibility. Obviously, entire categories of professions and business structures get under assail when technologies are in metamorphosis. This is nevertheless true also for the Fourth Industrial Revolution (IR 4.0). Understanding the world and life of the cultural/creative domain 4.0, of its ethics and aesthetics, is not a caprice – for “we” are (to be) either its producers or its consumers.