Rafael Pardo Rueda is Colombia’s Senior Presidential Advisor for the Post-Conflict, Human Rights and Security, with a long and distinguished career in public service. He served in 2014 acting Mayor of Bogotá, and in the last regional elections was a candidate for mayor. In October 2011, President Santos appointed Pardo as Minister of Labor.  In that position he promoted initiatives such as the Telecommuting Law and the Law on Employment Formalization and Creation. Pardo was the Liberal Party’s candidate for president in the 2010 elections, following his designation by the National Congress as director of the Party in 2009. He served as Senator of the Republic from 2002 to 2006, and was a leader in crafting the Justice and Peace Law governing paramilitary demobilization.  Between 1996 and 1997 he served as advisor to the Secretary General of the Organization of American States (OAS) in Washington, D.C. Previously, he was the director of the Noticiero CM& TV news program. Pardo was appointed in 1991 by then-President César Gaviria as Minister of National Defense, becoming the first civilian to hold this post in four decades. Additionally, while serving as the government’s Peace Advisor between 1988-1990, Pardo was in charge of the peace process that ended with the demobilization of the M-19. In 1986, during President Virgilio Barco’s government, Pardo served as Popular Integration Secretary and as Director of the National Rehabilitation Plan (Plan Nacional de Rehabilitación–PNR).  Rafael Pardo is the author of numerous books: De primera mano; Entre Conflictos y Esperanzas; Nueva Seguridad para América Latina; El siglo pasado: la historia de las Guerras; and Fin del Paramilitarismo ¿Es posible su desmonte? He has an economics degree from the Universidad de los Andes.  He has pursued graduate studies in urban and regional planning at the International Institute of Social Studies in The Hague, Netherlands, and in international relations at Harvard University. 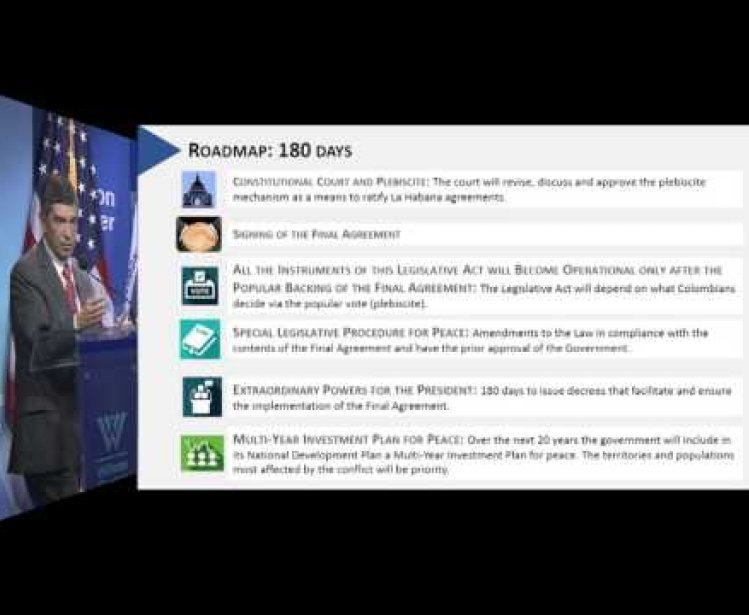