Susan Kaufman Purcell is Director of the Center for Hemispheric Policy at the University of Miami. Previously, Dr. Purcell was vice president of the Americas Society, a not-for-profit educational institution focusing on Latin America and Canada, and the Council of the Americas. Prior to this, Dr. Purcell was senior fellow and director of the Latin America Project at the Council on Foreign Relations, and a member of the U.S. State Department's policy planning staff, serving under Presidents Jimmy Carter and Ronald Reagan. In addition, Dr. Purcell has done extensive consulting on Latin American economic, trade, investment and political issues for U.S. corporations.

Before joining the U.S. government, Dr. Purcell was a tenured professor of political science at the University of California, Los Angeles (1969-79). Dr. Purcell has written, co-authored or co-edited ten books.  The most recent ones are Cuba: The Contours of Change (2000), Mexico Under Zedillo (1998), Brazil Under Cardoso (1997), Europe and Latin America in the World Economy (1994), Japan and Latin America in the New Global Order (1992) and Latin America: U.S. Policy After the Cold War (1991).  She has published more than seventy articles on Latin American economic, trade, political and foreign policy issues.

Dr. Purcell has been an International Affairs Fellow at the Council on Foreign Relations, a Visiting Fellow at the Overseas Development Council, and a Fellow at the Woodrow Wilson International Center for Scholars. Other awards and honors include a National Defense Foreign Language Fellowship, a Fulbright-Hays Fellowship and a Foreign Area Fellowship. She holds a BA degree in Spanish and Latin American literature from Barnard College, where she was elected to Phi Beta Kappa, and an MA and PhD degrees in political science from Columbia University. 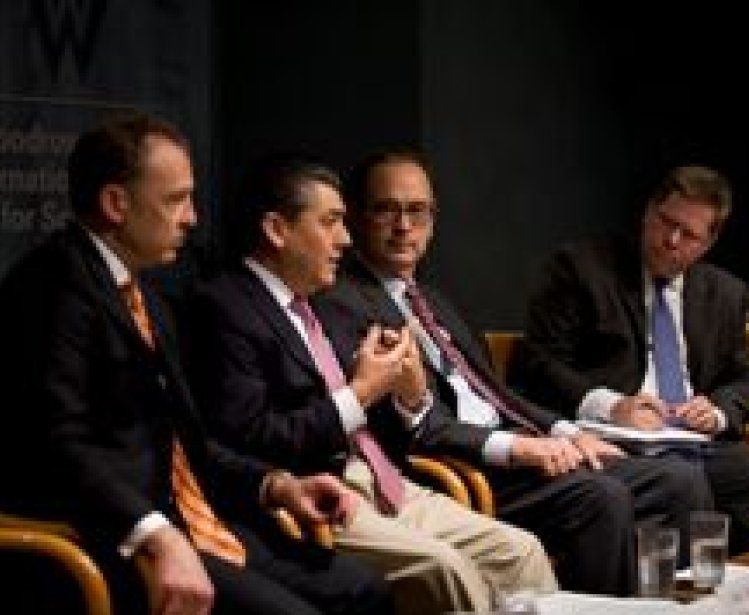 Event
Renewing the Partnership between the United States and Mexico: Shared Responsibility and Shared Strategies
On Monday, June 8, 2009 at 3:00 – 6:00 ET
Loading...