Thomas Abt is a Senior Research Fellow and Adjunct Lecturer in Public Policy with the Program in Criminal Justice Policy and Management at Harvard Kennedy School. Abt also holds the position of Research Director for the Evidence-Informed Violence Reduction Project, funded by the United States Agency for International Development’s Central American Regional Security Initiative (USAID CARSI). His work emphasizes research and data-backed policies and practices to reduce gun, gang, and youth violence. Previously, Abt served as Deputy Secretary for Public Safety to New York Governor Andrew Cuomo, where he oversaw all criminal justice and homeland security agencies, including the Divisions of Corrections and Community Supervision, Criminal Justice Services, Homeland Security and Emergency Services, and the State Police. During his tenure, Abt helped to establish the Governor’s Commission on Youth, Public Safety, and Justice in order to make recommendations for raising the age of criminal responsibility for juveniles. He also led the development of New York’s GIVE (Gun-Involved Violence Elimination) Initiative, served as Chief of Staff to the Office of Justice Programs at the US Department of Justice, and played a leading role in establishing the National Forum on Youth Violence Prevention. Abt was the founding member of the Neighborhood Revitalization Initiative, which was recognized by Harvard Kennedy School as one of the Top 25 Innovations in Government for 2013, as an Assistant District Attorney and as a law firm associate. He received his BA in Economics from the University of Michigan and received a law degree with honors from the Georgetown University Law Center. 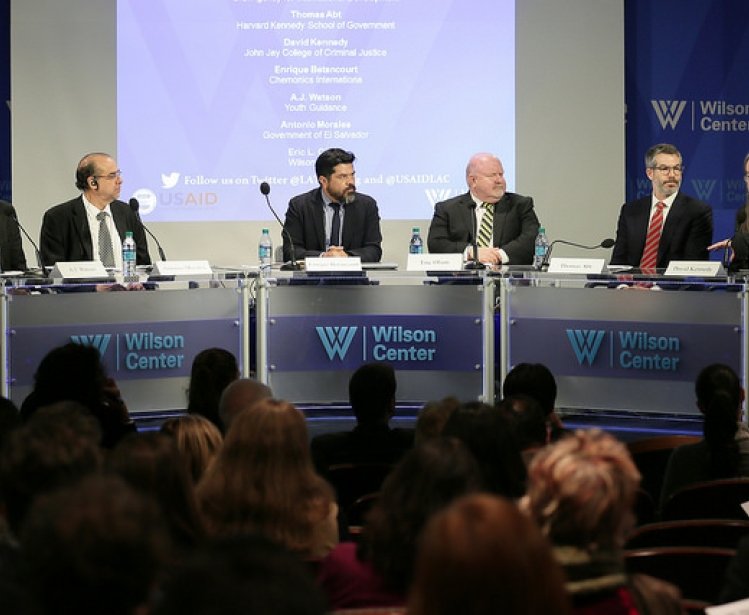 Event
Security and Defense
What Works in Reducing Community Violence: Spotlight on Central America and Mexico
On Monday, February 22, 2016 at 3:00 – 5:00 ET
Loading...