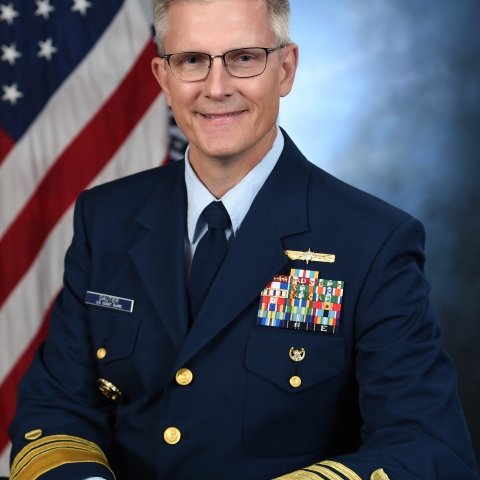 Previously, he served as Deputy Commander, Coast Guard Pacific Area, where he was responsible for all Coast Guard missions spanning from the Rocky Mountains west to the waters off the eastern coast of Africa. From 2018 to 2020, he served as Commander, Coast Guard Eleventh District in Alameda, California, where he directed all Coast Guard missions in California and the Eastern Pacific Ocean. During this assignment, he also served as Deputy Director for the Department of Homeland Security Joint Task Force - West, conducting integrated joint investigations and operations along the Southern border and approaches from Texas to California. His first flag assignment was Director of Governmental and Public Affairs for the Coast Guard, where he was responsible for external engagement with Congress, the media and other intergovernmental entities.

From 2015 to 2017, he served as the Senior Director for Response Policy on the National Security Council staff, where he coordinated policy for all-hazards, domestic incident management, national preparedness exercises, and continuity. From 2011 to 2014, he commanded Sector New Orleans, directing all Coast Guard operations in southeast Louisiana. Previously, he served as the Chief of the Deepwater Horizon Action Office, which oversaw policy resulting from the Deepwater Horizon oil spill. In addition, he served as Chief of Operations for the Deployable Operations Group; Chief, Cargo and Facilities Division at Coast Guard Headquarters; and Commanding Officer of the Gulf Strike Team, where he responded to the World Trade Center attacks, the Shuttle Columbia Disaster, and Hurricane Katrina. In addition, Vice Admiral Gautier served as Chief of Port Operations and Marine Environmental Response at Coast Guard Marine Safety Office San Francisco, and as a U.S. Delegate to United Nations and International Maritime Organization committees governing transportation of hazardous materials. He has also served aboard two Coast Guard cutters, and as Commanding Officer of Loran Station Gesashi, Japan.