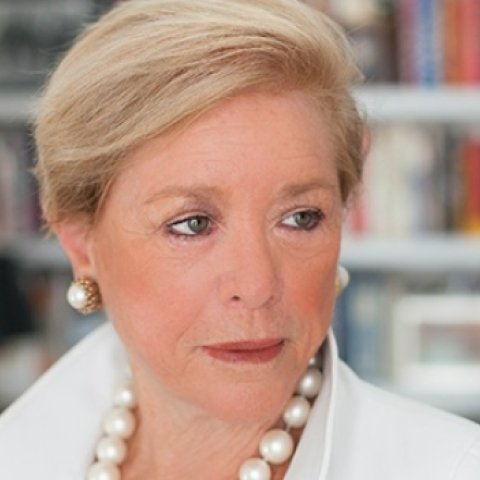 President, Foundation for a Civil Society

Wendy W. Luers is the founding President of The Foundation for a Civil Society and Co-Chair of the Project on Justice in Times of Transition. Mrs. Luers established the Foundation for a Civil Society in New York and Prague in January, 1990 at the request of the Czechoslovaks and Americans following her residence in Prague with her husband, Ambassador William Luers from 1983 to 1986 when they became close to Vaclav Havel and Charter 77. Mrs. Luers was a presidential appointee of President Reagan to the National Council of the Arts (NEA) (1988–1994); designated by President Clinton as the Chair of the NY White House Fellows Selection Committee; and founder and President Emerita of the Foundation for Art and Preservation in Embassies.

She is a member of the Council on Foreign Relations and the Women’s Foreign Policy Group; and served on the Boards of The Freeman-Spogli Institute of International Studies at Stanford University (FSI) and the Institute for Global Leadership at Tufts University. She is Vice Chair of the Latin American Program at the Woodrow Wilson Center for Scholars and Vice Chair and Co-founder of the Vaclav Havel Library Foundation. She also serves on the boards of The Annenberg School for Communication and the Center on Communication Leadership & Policy (CCLP) at the University of Southern California (USC) and the Program Committee of the Sunnylands Trust established by Walter and Leonore Annenberg.