The paper describes the various resources of the Catholic Church for opposition to the military regime in Chile since 1973. It focuses on four different aspects of the Church as a complex religious organization : (1) its moral or legitimating influence, exercised primarily by bishops; (2) its layered institutional network, maintained by lower clergy, women religious and lay leaders; (3) its changing class alliances, and (4) its transnational linkages, which give it access to foreign personnel and finances.

During the first two years of military rule (1973- 1975), these four levels of the Church did not act in tandem as a cohesive force of opposition. The Episcopal Conference granted cautious but definite legitimacy to the regime at the outset. Thereafter, the bishops occasionally criticized what they considered to be unavoidable and transitory abuses of power , and several spoke out individually in support of the junta's policies. At lower levels of the Church, new structures were quickly formed and older ones expanded to offer humanitarian assistance to the persecuted and to blunt the force of the repression. They did so with the help of large amounts of international financial support. In so doing, lower Church leaders attracted many new adherents from among the popular classes (including those with Marxist sympathies), while upper-income Catholics distanced themselves from the institution. The government exerted strong pressures on the organizational network of the Church, and capitalized on its dependency on the state and foreign sources of support to limit its freedom.

After 1975, all four Church levels worked more integrally as a force of opposition to the regime. The hierarchy, in defensive reaction to direct attacks on individual bishops and on the Christian Democratic Party, took a more unified prophetic stance against the structural and ideological dimensions of repression. The layered institutional network of the Church exhibited remarkable resilience after its major human rights organization (the Committee for Peace) was dissolved in 1975, and thereafter created new structures to counter the state apparatus (under the aegis of the Vicariate of Solidarity). International monetary support increased during this period, as did allegiance commitments of low-income Catholics. The military and conservative Catholic sectors continued to harass the Church, but with less success than in the former period. International political and economic factors, along with creative adaptive strategies by higher and lower Church leaders, limited the options of the Church's opponents. Despite this more consistent opposition by various Church levels to the junta's policies since 1975, such opposition has not significantly changed any of these policies. It has acted, however, as an important second-line or rear-guard locus for resistance and serves as a surrogate for participation while other social and political organizations are severely restricted. 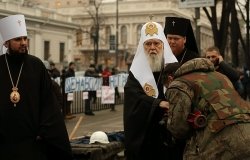 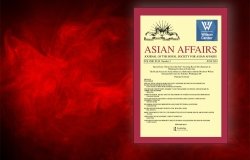 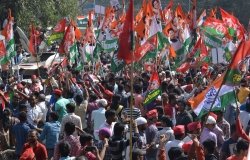