Skip to main content
Support
Explore More
Close
Blog post
Rule of Law
The Map of Political Forces in Today’s Ukraine
By Kateryna Odarchenko on July 1, 2020
Share on FacebookShare on TwitterShare via Email
Share
Part of the Democratic Governance & Rule of Law in Latin America
Publication

Argentina's Oil and Gas Sector: Coordinated Federalism and The Rule of Law 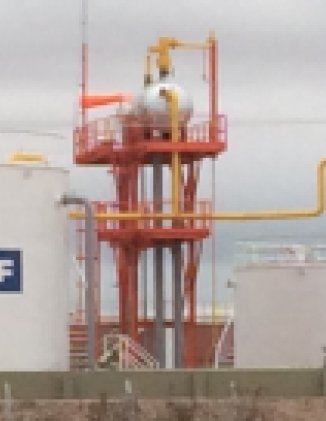 Management of the oil and gas industries in Argentina has been historically characterized by political and economic swings of the pendulum: from periods of investor-friendly policies to phases of government controls and market and price restrictions. Policy-making in the oil and gas sectors can be highly politicized and vulnerable to the country’s personalized governing style, centered on the figure of the president and the powerful governors from resource-producing provinces. In a highly politicized context where a powerful executive calls the shots, the role of the judiciary is typically perceived as marginal and rather ineffective.

Argentina’s political and institutional framework provides multiple opportunities for undermining full respect for the rule of law in the oil and gas sectors. This may happen as a consequence of two dynamics: a hyper-presidentialist style of government and the nature of the country’s system of federalism. On the first issue, Argentina’s frequent economic and political crises in recent decades resulted in the delegation of extraordinary powers to the executive. In a context of ample executive authority, presidents often make unilateral policy decisions regarding the hydrocarbons sector, or do so together with a handful of federal and provincial actors. This modus operandi typically subverts the institutional or legal structures normally designed to establish checks and balances among branches of government.

Argentina has a highly decentralized federal system of government in which sub-national political dynamics play a fundamental role in defining policies at the national level. In the oil and gas sector, every important national decision or piece of legislation adopted in recent decades has been negotiated with the governors of producing provinces. These negotiations typically become a bargaining platform from which governors obtain increased federal funds for their provinces in exchange for the votes of provincial legislators in the national Congress. Hyper-presidentialism and the nature of Argentina’s federalism create a context in which oil and gas policy decisions result from political bargaining rather than from institutional consensus or open congressional deliberation. This serves to weaken the rule of law, even though the decisions per se are made within constitutionally-defined limits.

The government of President Mauricio Macri, who took office on December 10, 2015, has set out to correct the economic and political imbalances inherited from the previous government. This provides a unique opportunity for Argentina to revamp its oil and gas industry. Argentina has the fourth largest shale oil and gas reserves in the world. With the right policies in place, the new government should have no trouble in attracting new investment to restore Argentina’s lost energy self-sufficiency and resolve ongoing shortages in the short run, and, in the long run, to restore Argentina’s role as a regional energy exporter. Private investment will be essential to developing Argentina’s non-conventional reserves.  The right incentives need to be in place to attract them, among them a credible justice system and reliable, long-term rules of the game. The current environment of low international oil prices gives the Macri administration the time to design credible, sustainable policies while addressing governance inefficiencies in the hydrocarbons sector.