Skip to main content
Support
Show
Streaming
Two Presidents, One Agenda: A Blueprint for South Korea and the United States to Address the Challenges of the 2020s and Beyond
Explore More
Close
Blog post
Cold War
The Anna Chennault Affair: The South Vietnamese Side of the War's Greatest Conspiracy Theory
By George J. Veith on May 9, 2022
Share on FacebookShare on TwitterShare via Email
Share
Part of the CWIHP Book Series
Publication 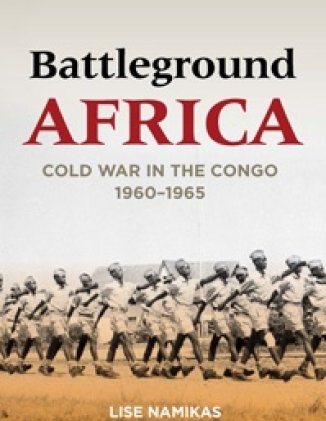 Battleground Africa traces the Congo Crisis from post–World War II decolonization efforts through Mobutu’s second coup in 1965 from a radically new vantage point. Drawing on materials from recently opened archives in Russia and the United States, and to a lesser extent Germany and Belgium, Lise Namikas addresses the crisis from the perspectives of the two superpowers and explains with superb clarity the complex web of allies, clients, and neutral states influencing U.S.-Soviet competition.

Unlike any other work, Battleground Africa looks at events leading up to independence, then considers the assassination of Patrice Lumumba, the series of UN-supported constitutional negotiations, and the crises of 1964 and 1965. Finding that the United States and the Soviet Union each wanted to avoid a major confrontation, but also misunderstood its opponent’s goals and wanted to avoid looking weak or losing its political standing in Africa, Namikas argues that a series of exaggerations and misjudgments helped to militarize the crisis, and ultimately, helped militarize the Cold War on the continent.

Lise Namikas is an adjunct instructor at Louisiana State University and helped to organize the Wilson Center's Congo Crisis Oral History Conference in 2004.