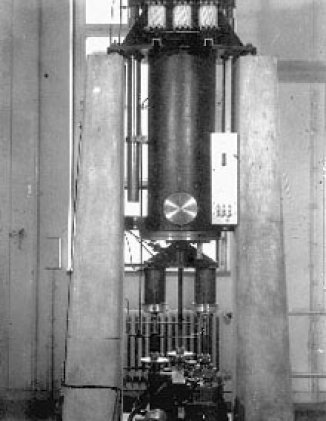 This dossier deals with a little known episode in the history of Brazil’s nuclear program: South Africa’s attempt to cooperate with Brazil.

In the 1970’s both countries were treading parallel paths in the nuclear domain. Both Pretoria and Brasilia strongly opposed the Non-Proliferation Treaty (NPT), had ambitious nuclear technology development programs, received cooperation from West Germany and were the targets of U.S. nuclear non-proliferation policies. Despite their many similarities, Brazil’s fundamental opposition to South Africa’s Apartheid government, and the war with Angola, prevented the abortive effort at nuclear cooperation from yielding fruit.

In May 1979 the Government of South Africa opened a communication channel with Brazil through the Brazilian Embassy in Bonn. In the 1970’s South Africa was working to develop nuclear explosive capability—for peaceful, or perhaps military purposes. Its efforts in this direction were supported by its ongoing nuclear cooperation with the Federal Republic of Germany, initial acquiescence from the United States, and probably technical and financial support from Israel and pre-revolutionary Iran.

In the initial talks, South African diplomats informed Brazil that their enrichment method, derived from the German jet-nozzle process, had been producing enriched uranium since 1975 (Document 2). They suggested that in view of the similarities between the programs of the two countries, Brazil and South Africa could start a “fruitful exchange of information and experiences.”

The negotiations were established under the initiative of the South African Atomic Energy Board and not the Pretoria government, because of the “cold relations between Brazil and South Africa in the past few years” as a result of Brazilian opposition to South Africa’s war with Angola, and its Apartheid regime. It was hoped by both sides that these political differences would not prevent useful bilateral technical cooperation.

In 1977 political problems, such as the international santions against the South African Government and its international partners, led West Germany to suspend nuclear cooperation with Pretoria. This fact, as well as financial considerations, caused South Africa to scale back its own ambitions regarding the size of the uranium enrichment program. The Pretoria Government maintained its secret program with the collaboration of “unknown partners.”

South Africa was interested in Brazil’s industrial capacity to build heavy equipments, which Pretoria could not acquire in the international nuclear market because of the export control restrictions on countries opposed to the international non-proliferation regime (Document 3).
While the proposal could have been promising for the further development of the Brazilian nuclear program, some interviewees confirmed that cooperation between Brasília and Pretoria was not established due to the problematic relations between the two countries (Document 4).

Document 1: Nuclear Energy South Africa. 5 November 1979 – Secret Exclusive – Information to the President of the Republic no. 219.

Source: Archive of the Brazilian Foreign Ministry (Brasilia). Obtained and contributed by Carlo Patti.
Brazil’s Foreign Minister, Ramiro Saraiva Guerreiro, asks for instructions from President João Figueiredo, in order to reply to a South African proposal of cooperation in the nuclear field.

The interviewee, who was one of the directors of Nuclebrás at the time, reveals the existence of contacts between Brazilian and South African scientists for cooperation in the field of uranium enrichment technology. In the second half of the 1970’s Itamaraty blocked an imminent trip by professor Grinberg to the South African nuclear research center in Pelindaba, where the Helikon method derived from the German jet-nozzle had been developed. Although the Brazilian scientist considered that a possible exchange of information could have fruitful results, the Ministry of External Relations, just as in previous years, prevented any form of cooperation between the two countries.