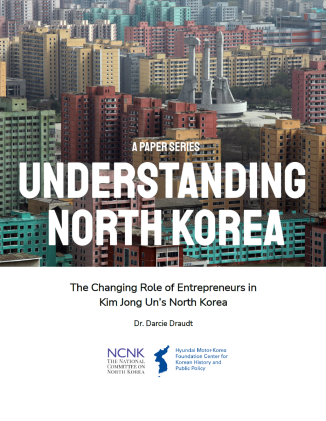 "Over the past thirty years, the rise of black and gray markets in North Korea have unmistakably transformed social relations between citizens and the government. What began as a survival strategy during a period of severe shortages of food and goods during the Great Famine in the 1990s has grown into a bona fide class of entrepreneurs1 who maintain the stability and development of the state economy. [...] The result has been an informal socioeconomic class system that intersects the historically rigid political caste system, leading to new lifestyles, the pursuit of social status, and incentives based on wealth rather than only political loyalty."