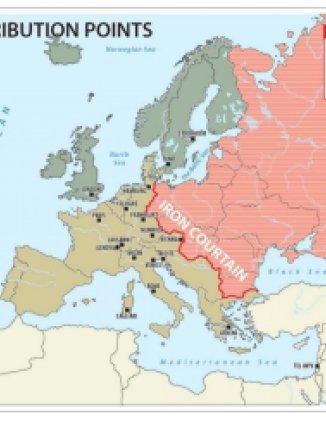 Document 1 - 12 February 1984 - Report by Gen. Bryg. Zdzislaw Sarewicz, Chief of Polish Foreign Intelligence on the Use of Paris-Based Polish Bookstore by the CIA-Funded International Literary Center

Travelling through Eastern Europe, one can still encounter people who have personal stories to tell about reading forbidden books, but few realize that the distribution was so systemic or know who organized it. From 1956 through 1990, nearly ten million publications were distributed behind the Iron Curtain thanks to the secret book program. We can identify three levels of the operation: the macro level, especially a slightly enigmatic Board of Directors linked to the United States government; the micro level which was the readership in communist Poland and other Soviet bloc countries; and a middle level consisting of intermediary actors, as this cross-border literary service was channeled through the East European political diaspora. This e-Dossier will focus on the middle level of the West-East book transfer.

The Polish narrative speaks mostly about the self-creation of diaspora publishing resources. According to this perspective, pioneers and visionaries like Jerzy Giedroyc in Paris and his monthly Kultura and Polish World War II veterans’ associations established the first channels for the cross-border literary service. The diaspora also created a “pull effect” for younger generations of Poles coming to the West. Established emigrants helped the new refugees who had been expelled by the Polish government after the 1968 student riots, as well as the new arrivals who came in the 1980s after the introduction of martial law. This was a classic network effect that enabled newcomers to survive in a different environment and to resume political activities quickly and effectively. And in turn the new generation gradually enriched and reinforced the publishing and smuggling capabilities of the network. This is what social scientists call enriching “repertoires of contention.”[1]

An alternative perspective on the circulation of books during the Cold War is connected with George Minden, a man with two lives. In his first life he was the president of the New York-based International Literary Center (ILC). This is how he presented himself to the Polish distributors of his books. He characterized his organization as a private, non-profit association established to provide people around the world with good books free of charge. He promoted the idea of extending culture through a social network. The only payment was a thank you. However in his second life Minden was most likely a CIA operative. He was the head of a secret book program initiated and financed by the US government to promote cultural diversity and support dissidents in the Soviet Bloc. [2]

Thus we are faced with at least two narratives about the book program. The first one is about a social movement. It de-emphasizes US policies. The second narrative most importantly tells us about an organization with strong ties to state policies. Which narrative is more important? Was the impetus from below or from above? From internal resources or external intervention?

The book distribution network in Europe was rather informal, largely relying on casual travelers. This informality increased the chances of reaching target consumers in East European countries. Network distributors were working in the field helping East European travelers deal with mundane problems such as lack of hard currency. They hosted them, and provided them with food, clothes and lodging. They shared the same cultural identity, language, and the general sense of being an East European. And they encouraged the visitors to take books back to Poland. Thanks to the emigrants, Minden’s program developed a perfect “cultural framing,” as social science would term it. [3]

Visitors often felt anxiety about being involved in anticommunist activity. Émigré literature was banned in Poland. The middle level perspective offers an insight into the plan devised to overcome the fear of the book-transporters and to make the whole operation safer. This plan points us to an interesting source we have on the late phase of the book program – George Minden’s notes from his European trips held in the Hoover Institution Archives. Minden, as a “network manager,” visited his so-called “field representatives” twice a year. After talking with a book distributor he made notes. He talked to almost everybody in his network; he captured rumors, feelings, financial needs, and even white lies. He acted as a genuine intelligence operative.

Moreover, Minden provided his network with important stimuli. He offered advice and warnings. He mediated when he felt someone was not playing fair with another member of the team. Those in Minden’s circle of influence generated not only trust but also conflict or uncertainty about who was getting more funding or who might be a double agent working for the communist regime. There were also ideological clashes within the Polish diaspora between those on the right and those on the left. Without Minden’s assistance the diaspora would have been by no means united in their efforts. It was he who made things run smoothly. His money allowed some emigrant publishers and book dealers to thrive. He believed that the distributors, because of commercial pressure, would have to compete for his attention. In this way they would be more creative in opening more routes through the Iron Curtain.

American involvement made the whole network more transnational and overlapping. An example is the book operation of Zofia Reinbacher’s bookstore in Vienna in 1986. Reinbacher is of Polish origin and started as a typical Polish bookseller. She had never thought about dealing with Romania, Bulgaria, Czechoslovakia, or Hungary before joining the Minden program. Once she joined, her bookstore was provided by ILC with books from many countries, in different languages, new shipping destinations, and money for extra expenses. What is missing in this particular case is that from the 1970s the book program gradually shifted its operations towards the USSR and ILC often used Poles as conveyer belts to Russia.

The network perspective may also be tested in regard to people who transported books through the Iron Curtain. For the carriers it was quite common to work in groups since it was more difficult to take risks alone. A sports team participating in a tournament or a philharmonic orchestra on a tour in Western Europe could easily transform itself into a team of smugglers. In such cases prohibited books were spread out among many people, to better balance the risk. For example, forbidden items were put into a violin case; music was used to defend freedom of speech.

According to Alfred Reisch, during the 1980s the book program shipped close to three hundred thousand copies annually to the countries of the East. Between 1976 and 1986, Józef Lebenbaum’s group in Lund, Sweden was able to smuggle almost 60,000 books to Poland. It is impressive result, keeping in mind how heavily he was targeted by the Polish security service. Lebenbaum transformed the peaceful city of Lund into the front line of the Cold War.

However, the Polish intelligence service did not seem well informed about the whole operation. They evidently knew little about the New York headquarter, George Minden, and his closest associates. They were better informed on some émigré distribution centers in Europe. Those centers were open to visitors and the intelligence service attempted to send agents who presented themselves as envoys of the Polish underground book scene. In fact those people acted as Polish intelligence operatives and contributed to some major losses of books on the Polish border. In the case of above-mentioned Swedish group, two spies were successfully implanted into his network of smugglers. Their task was to compromise Lebenbaum and terminate his sending books to Poland.

The first one, Andrzej Markiewicz, who frequently circulated between East and West, offered his confidential service to Lebenbaum while at the same time he reported to the intelligence service and gossiped among freedom campaigners about how greedy and dishonest Lebenbaum was. We can identify the second and perhaps more dangerous informer (his real name is still classified) only as “Regina.” He showed a recommendation letter from the Polish underground and Lebenbaum started giving him books and printing equipment to get through the border, which he did successfully several times until a very large transport was intercepted by the secret service in the coastal town of Gdańsk.

Putting the Polish intelligence actions into more general context we can assume that the communist blueprint was also to destroy the public image of the intermediaries by revealing the external intervention of the US government into the social movement. The state-controlled press carried many stories of secret CIA financing of Polish opposition networks. The impact of this strategy is hard to measure. In some cases it might have backfired on the authorities as some Poles found it attractive to join the movement with strong state support. On the other hand it could shape unfavorable attitudes towards the freedom campaign, depicted as not only illicitly subsidized by a foreign state but also in some sense “corrupted” by the power of money.

To minimalize potential hazards for middlemen books were sometimes published in very small sizes especially designed for the book program for the purpose of smuggling. Carriers could hide such books even in a pocket. The books were printed with very small letters and readers  needed to have very good eyesight or good glasses. They were not for everyone’s eyes. Jeffrey C. Goldfarb’s phrase “a politics of small things” applies perfectly to these little objects.[4] Here one can see the very old pattern of progress and evolution in the history of the world. Big things often have small beginnings. Obviously it is very hard to measure the impact of the International Literary Center program on peoples’ minds and the changes in 1989. Books, however, seemed to be an effective instrument in mobilizing people to anticommunist protests. Printed words helped Polish dissidents to formulate their political strategies and to create the underground book scene.

Cold War books may have acted as a soft agent in the dynamics of 1989 in Eastern Europe, but even if we are skeptical about the power of literature, the book project was a vast contribution to Polish-American intellectual friendship and solidarity during the Cold War. This is maybe what George Minden would be most happy to find about his program in historical inquiries. In his last report to Board of Directors dated January 30, 1991, he emphasized that “ILC operations were not a part of the Cold War.” We can only guess what he had in mind. But maybe he was trying to tell us that it was first of all about good books, reading experience, and universal cultural values, not about state politics nor secret influences.

[4] Jeffrey C. Goldfarb, The Politics of Small Things: The Power of the Powerless in Dark Times, Chicago:  The University of Chicago Press, 2006

Researcher, Institute of Political Studies of the Polish Academy of Science
Read More