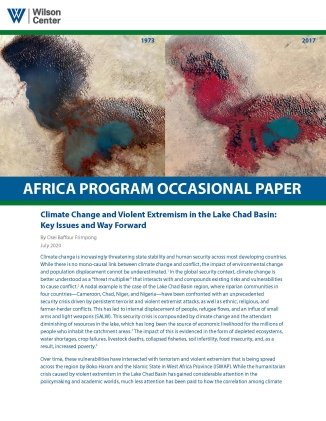 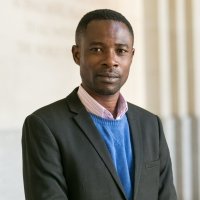 Climate change interacts with and compounds existing risks and vulnerabilities present in communities. This, in turn, increasingly affects livelihoods and human security across Africa. The Lake Chad Basin is a prime example; in the 1960s, Lake Chad had an area of more than 26,000 km2. By 1997, it had shrunk to less than 1,500 km2, and further to 1,350 km2 by 2014. Decades of depletion due to climate variabilities have contributed to fueling insecurity in local communities whose economic livelihoods depend on the lake, leading to a humanitarian crisis across the Lake Chad Basin. Countries surrounding the Lake Chad Basin, including Cameroon, Chad, Niger, and Nigeria, have been confronted with violent extremism and terrorism, in addition to ethnic, religious, and farmer-herder conflicts.

In this paper, Southern Voices Network for Peacebuilding and Africa Program Scholar Osei Baffour Frimpong, examines the impact of climate change on diminishing resources, as well as its relationship with violent extremism and terrorism in the Lake Chad Basin. He assesses how this relationship exacerbates insecurity in the region and analyzes regional and international strategies for mitigating human security challenges. He also provides recommendations for key stakeholders and international partners, highlighting the need for robust alignment of climate change adaptation strategies with counterterrorism strategies. 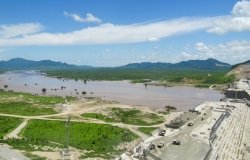