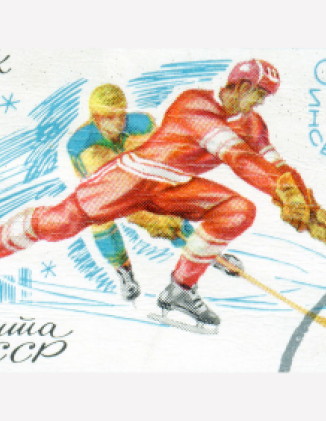 In CWIHP Working Paper No. 68, "Difficult to Draw a Balance Sheet": Ottawa Views the 1974 Canada-USSR Hockey Series, author John Soares uses Canadian archival sources to examine the diplomatic planning and difficulties surrounding the 1974 Canada-USSR hockey series. Canadian Prime Minister Pierre Trudeau sought to reduce Cold War tensions and improve relations between Canada and the Soviet Union through cultural diplomacy, but the 1974 series was plagued with problems before, during and after players took the ice. Despite this, the Canadians and Soviet showed a willingness to cooperate in overcoming obstacles, but in the end, Canadian diplomats remarked, "it was hard to 'draw a balance sheet' of the series’ impact on Soviet-Canadian relations, but for historians of diplomacy this series clearly demonstrated the difficulties of pursuing cultural diplomacy."

John Soares teaches history at the University of Notre Dame; in fall 2010 he was Fulbright Visiting Research Chair in North American Studies at Carleton University in Ottawa. He is writing a book about Cold War hockey; among his publications on the topic are an article in the International Journal of the History of Sport (August 2013) and a chapter in the anthology Diplomatic Games (University of Kentucky Press, forthcoming 2014.)