Divided Together: The United States and the Soviet Union in the United Nations, 1945-1965 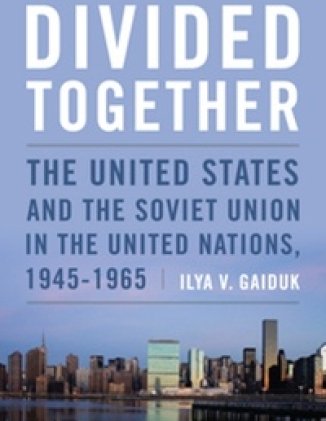 Divided Together studies US and Soviet policy toward the United Nations during the first two decades of the Cold War. It sheds new light on a series of key episodes, beginning with the prehistory of the UN, an institution that aimed to keep the Cold War cold.

Ilya Gaiduk employs previously secret Soviet files on UN policy, greatly expanding the evidentiary basis for studying the world organization. His analysis of Soviet and US tactics and behavior, covering a series of international controversies over security and crisis resolution, reveals how the rivals tried to use the UN to gain leverage over each other during the institution’s critical early years.

Ilya V. Gaiduk, who died in 2011 during the completion of this book, was a Senior Research Fellow, Institute of World History, Russian Academy of Sciences, Moscow. He had been a Fellow at the Woodrow Wilson Center in 2005–6.