Echoes of 1992: The NAFTA Negotiations and North America Now 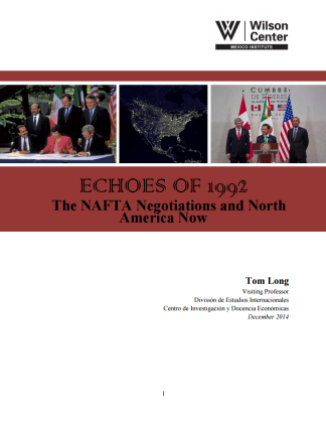 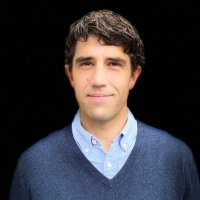 Two decades ago, Canada, Mexico, and the United States created a continental economy. The road to integration from the signing of the North American Free Trade Agreement has not been a smooth one. Along the way, Mexico lived through a currency crisis, a democratic transition, and the rising challenge of Asian manufacturing. Canada stayed united despite surging Quebecois nationalism during the 1990s; since then, it has seen dramatic economic changes with the explosion of hydrocarbon production and a much stronger currency. The United States saw a stock-market bust, the shock of 9/11, and the near-collapse of its financial system. All of these events have transformed the relationships that emerged after NAFTA entered into force in 1994.

Given the tremendous changes, one might be skeptical that the circumstances and details of the negotiation and ratification of NAFTA hold lessons for the future of North America. However, the road to NAFTA had its own difficulties, and many of the issues involved in the negotiations underpin today's challenges. NAFTA was conceived at a time of profound change in the international system. When Mexican leaders surveyed the world two decades ago, they saw emerging regional groupings in Europe, Asia, and South America. Faced with a lack of interest or compatibility, they instead doubled down on North America. How did Mexican leaders reconsider their national interests and redefine Mexico's role in the world in light of those transformations? Unpublished Mexican documents from SECOFI, the secretariate most involved in negotiating NAFTA, help illustrate Mexican thinking about its interests and role at that time. Combining those insights with analysis of newly available evidence from U.S. presidential archives, this paper sheds light on the negotiations that concluded two decades ago.