Fraternal Support: The East German ‘Stasi’ and the Democratic Republic of Vietnam during the Vietnam War 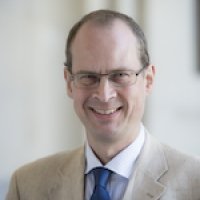 CWIHP Working Paper No. 71, "Fraternal Support: The East German ‘Stasi’ and the Democratic Republic of Vietnam during the Vietnam War" by Martin Grossheim explores the relationship between the East Germany Ministry for State Security and newly constituted Vietnamese intelligence service. Despite being a "second-tier member of the socialist camp," Grossheim argues that the GDR played an important role in the development and evolution of state socialism in Vietnam.

Martin Grossheim is Adjunct Professor at the Department of Southeast Studies at Passau University in Germany. His research and teaching interests focus on modern Vietnamese history, Cold War history, intelligence studies and memory. He has previously been Visiting Associate Professor at the Tokyo University of Foreign Studies and at Humboldt University Berlin; a Postdoctoral Fellow at the Center for East and Southeast Asian Studies at Lund University/Sweden; and a Fellow of the Friedrich-Naumann-Foundation. His publications have appeared in the Journal of Vietnamese Studies, Cold War History, and Jahrbuch für Politik und Geschichte (Yearbook of Politics and History). He was a a Fellow at the Wilson Center in 2013-2014.