Skip to main content
Support
Show
Streaming
Bucha After Russian Occupation: Bucha’s Mayor on the Destruction of His City and Hopes for the Future
Watch Now
Play Video
Show
Streaming
Euromissiles: The Nuclear Weapons that Nearly Destroyed NATO
Explore More
Close
Event
Democracy
Has Vladimir Putin Always Been Corrupt? And Does it Matter?
On Monday, April 16, 2012 at 12:00 – 1:00 ET
Share on FacebookShare on TwitterShare via Email
Share
Share
Email
Part of the Meeting Reports
Publication

Has Vladimir Putin Always Been Corrupt? And Does it Matter? 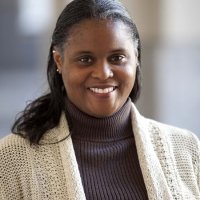 Putin was “The person to know in St. Petersburg,” according to Karen Dawisha, Walter E. Havighurst Professor of Political Science and Director, Havighurst Center for Russian and Post-Soviet Studies, Miami University, Oxford, Ohio, and Public Policy Scholar, Woodrow Wilson Center, at a 16 April 2012 Kennan Institute discussion. In May 1990, Vladimir Putin became an advisor to St. Petersburg mayor Anatoly Sobchak, and then deputy mayor and head of the Committee for Foreign Economic Relations (CFER). The function of the committee was to encourage, regulate, and license the establishment of foreign trade in and by St. Petersburg. Officials in Moscow granted Putin the authorization to issue licenses and contracts to conduct foreign trade.

During the early 1990’s, billions of dollars flowed overseas from Russia. These funds came from a variety of sources, Dawisha contended, including CPSU and KGB accounts, organized crime, and receipts of sale for Russian goods bought low in the domestic market and sold high on the foreign market. President Yeltsin and Prime Minister Gaidar hired the American private investigation firm, Kroll Associates, to track and repatriate money illegally held or taken abroad by former Communist Party and Soviet government agencies, including the KGB. They were looking for close to 50 billion dollars in untaxed revenue. Kroll uncovered hundreds of offshore bank accounts set up by former Soviet officials. As a result of Kroll’s findings, the Russian government passed a law giving it the right to confiscate funds illegally taken abroad (for more, see Bohlen, New York Times, March 3, 1992).

If money left Russia legally, however, the government could not confiscate it. In order to legally transfer money and export goods abroad, businessmen in St. Petersburg needed licenses. Deputy Mayor Putin signed thousands of licenses and contracts, legalizing a vast array of exports and transfers. An investigation into his activities by the St. Petersburg city council concluded that Putin had signed contracts before being officially authorized to do so, and at terms that included the payment of substantial commissions of between 25-50 percent to CFER for each contract and license he endorsed (the Legislative Report can be viewed at http://anticompromat.org/putin/salie92.html).

Not only was the legislature concerned about the terms of the contracts, they also cited many instances of non-fulfillment. Citizens were suffering from shortages, especially food. Contracts had been issued for raw materials to go abroad in exchange for food but the contracted supplies were not arriving or arriving in incomplete shipments. A parliamentary investigation, the Sal’ye Commission, was convened to investigate the shortages and state contracts. The Sal’ye commission requested that Putin produce the contracts and licenses he authorized. Putin refused to cooperate and after being subpoenaed he released only 12 of the thousands of contracts he signed, said Dawisha.

The Sal’ye commission investigation of Putin found that there were no or negligible penalties levied against businesses that breached agreements; businesses receiving contracts held close ties to officials in the mayor’s office; most of the contracts were improperly prepared and could not stand up in a court of law; huge commissions were authorized on contracts; and firms vanished shortly after contract payments were made. Hundreds of pages of documents were recently published, on Marina Sal’ye facebook page, days after her death. Yet Putin never suffered any legal consequences for the details uncovered by the Salye Commission, despite the fact that the St. Petersburg legislature’s report called for his firing, Dawisha observed.

Putin was also implicated in a criminal investigation by German authorities in the early 2000s into the St. Petersburg Real Estate Holding Company, called SPAG. The Germans charged that SPAG had been used to launder money out of, and into, St. Petersburg from a variety of sources, including the Cali cartel. Putin was a member of the SPAG advisory board and his name on the masthead attracted Western investors to St. Petersburg. Dawisha asserted that Putin provided protection for his co-conspirators when contracts were not fulfilled, and though legal actions were taken against SPAG, none of the Russian participants were indicted (see Duparc, Le Monde, May 26, 2000 and Belton, Moscow Times, May 19, 2003).

The two cases that had produced criminal investigations (#114128, in which his role in providing a fuel monopoly to the St. Petersburg Fuel Company—a company with alleged ties to the Tambov crime family; and  #18/95-238278, in which he was alleged to have used funds from the Mayor’s contingency fund for acquisition of personal property) against Putin were delayed for years and ultimately dropped. “By the time the case was to be tried,” Dawisha said, “Putin was able to claim presidential immunity.” Of the many citations now available for documenting these and other instances of Putin’s corruption, Dawisha cited Nikitinsky, Novaya gazeta, March 23, 2000; Sal’ye, Novaya gazeta, March 22, 2012; and Mukhin, www.zaks.ru/news/archive/view/83713.