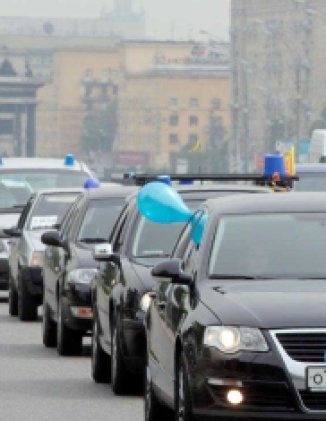 By Sergey Parkhomenko
Rule of LawRussia

Now that Russia’s presidential election is behind us, some are asking about the prospects of Russian civic projects and movements in Vladimir Putin’s fourth term (or fifth term, if you count his stint governing Russia as Medvedev’s prime minister). The easiest answer is one many are already giving: the authorities will apply a scorched earth policy and crush every project, carpet-bomb the entire space, scatter everyone, and make sure no civic project would ever grow in Russia again.

That’s one forecast. But there is another way to look at things. Let’s imagine that the sphere of social activity will continue to find ways to survive and even make progress. Let’s assume that even under these circumstances, there will still be people with enough energy and internal drive to continue to pursue their projects. After all, the notion of change through small steps and belief in miracles is part of Russian culture—the culture of a people that managed to survive the bleakest of Soviet times without losing themselves.

So let us assume that the expected frontal attack on civic initiatives will fail to wipe out everything that breathes. Let’s assume that remnants of civic life will endure. What might that look like?

There is no doubt that the state’s destructive policies vis-à-vis civil society will continue. There is no doubt that government agencies will continue to exert pressure on them, including by limiting their access to financing, which has proven the most effective form of pressure. There are no legal or judicial limits to what they could do in trying to break civic initiatives.

So focus instead on how civil society – however primitive and rudimentary it is in Russia – will resist this destructive pressure. I see several important and interesting trends in the evolution of civic activism, organizations, projects, and programs over the past few years in Russia.

“Suspended in the Air”

Living in an era of energetic application of laws that brand activists and groups as “foreign agents” and “undesirable organizations,” Russian civic activists are fully aware that law enforcement agencies can bring their hand down on them at any time, with or without reason. If it suits them to come into their offices, they will. If it suits the authorities to bring charges, then charges they will bring…at any time, by any means, and by any possible combination of agencies: police, prosecutor, investigative committee, FSB, or one of the departments charged with fighting extremism (however they define it). Pressure can come in the form of an anonymous cyber or economic attack, or in the form of a series of inspections from tax agencies, fire departments, sanitary agencies, or some other kind of local, regional, or national “organ.”

Avoiding cooperation with overseas donors or even Russian companies and organizations with money in foreign banks will not keep you safe. It simply doesn’t matter. The list of “foreign agents” includes organizations with no foreign funding and sometimes no funding at all – volunteer-based organizations whose budgets (when they even have one) are constantly in the red.

Given these many risks, many types of civic communities find that it makes sense to exist without registration at all – to be “suspended in the air.” In this model, there is no organization as such, only a network of people, a community built on horizontal rather than vertical ties.

One example of such a community is Dissernet – a community of activists dedicated to bringing to light Russia’s widespread dissertation fraud among the Russian elite. Dissernet’s famous slogan is “no head – no beheading.”

Dissernet has existed in this way for five years and has survived, despite endless conflicts with influential officials. There are others. The project Vse v sud! (Go to court!), which worked during 2012-2013 to create an automated “conveyor belt” that enabled individuals to file civic lawsuits challenging violations during Russian parliamentary and presidential elections, was built the same way. The Blue Buckets movement, where individual drivers mounted a blue bucket on the roof of their car to mimic the infamous flashing lights used by the elite to bypass traffic, is one of the earliest and perhaps most inspiring examples of this decentralized activism. Today, the Redkollegia Award, created to support independent, high-quality journalism in Russia, is another manifestation of supporting society’s access to free information.

One of the primary advantages of such decentralization is that it reduces the organization’s vulnerability to attacks by law enforcement and oversight agencies. It is unclear how to demand official reports from such organizations, file lawsuits against them, or hold them liable for fictitious offenses. One cannot officially label them foreign agents either.

This approach has an additional crucial disadvantage: it precludes all possible forms of regular fundraising. A non-existent organization cannot apply for a grant, cannot accept funds from donors in a transparent manner, and cannot submit reports to satisfy the donors. Nor can it be a party to a work product or services contract or any contractor agreement, for that matter. Instead, only private persons can act on its behalf, and this does not always sit well with a potential donor or partner.

“Cling to the Ground”

Civic communities and activist groups are shifting their attention to the grassroots, municipal or “sub-municipal” levels. They engage in volunteer projects that are less ambitious in scale and scope. No longer global or national, they focus instead on a specific city or town, neighborhood, block, or house.

This micro-level work increasingly serves as an entry point for civic activists who in time, depending on a turn of fate and circumstances, might later get involved in larger-scale projects. Not infrequently, the first project for future civic leaders and successful fundraisers is collecting money and signatures to install an automatic entrance gate for their apartment block, or getting fellow dog owners to file a joint petition to put a hot water pipe around, not through, the park where they walk their dogs.

What is important is that many people who volunteer with such grassroots projects continue their involvement in different civic programs in the future. Once they get a taste of such work, or are even “traumatized” by failure, they remain “on reserve duty” for civic activism.

The first is psychological. Working at the grassroots level feels less scary. The risk of “punishment” feels less. The work seems to deal with routine, non-political matters that presumably do not irritate the authorities. In reality, however, certain tasks and directions of work can have a clearly political character: anything having to do with elections, arranging interactions with candidates, dissemination of campaign materials, electoral observation, counteracting government-controlled agents provocateur, etc.

Second, this kind of work actually receives strong support from municipal deputies who value improvements to their district. The success of independent civic projects, I would argue, translated to the success of independent democratic candidates at the 2017 municipal election in Moscow--a major breakthrough. There is hope that it will be possible to reproduce this success, at least to some extent, during municipal elections in other regions.

As the Russian government intensifies pressure on civil society through the “foreign agent” law and similar regulations, it is likely to tighten restrictions further to target private individuals, not just organizations. At that point, any financial interactions among civic project participants, any sponsorship, or any donation will rightly look risky and dangerous.

As a result, cash-free forms of participation in civic projects are starting to develop. People wanting to help a cause are not asked to make a financial contribution, but instead are asked to pitch in through working—that is, personally engaging in the effort by rendering some practical services to the project. In some cases, an individual may incur her own expenses – for example, by printing campaign materials at his or her own expense, by subscribing to databases, by covering personal travel costs, or by buying equipment, gear, and other products necessary for the common cause.

This approach helps to decentralize operations. A pyramid becomes a flat network, and hierarchical ties get replaced with horizontal relationships. The structure that emerges as a result resembles an anthill, where each participant picks a chip, carries it to the right place, and puts it into the right place. This anthill principle renders a community less vulnerable to outside pressure or repression and makes it easier to adapt to high turnover, when some activists who joined the common effort lose their initial interest.

“Don’t Bring Money if You Don’t Have To”

Another way that civic activists adapt to an environment where the government is increasingly eliminating possibilities for using “wrong” money (i.e., any money that is independent of the government) is to change their financial structure. If independent financing makes you a target, then it is better to avoid handling money at all – whether raised in Russia or abroad, and regardless of the donor type (a private individual, another organization, or a charity fund).

In this environment, a supportive donor could purchase something useful for the organization. This may include plane or train tickets, renting space for a conference or a seminar, printing flyers, or providing services from lawyers, consultants, or other professionals. A donor might develop and maintain a website, or pay for collective access to databases or other subscription-based information resources.

This is all especially relevant for foreign donors. Foreign organizations prefer not to bring money into Russia, where not only can it land people in trouble, but is subject to taxation at commercial rates. Rather than send money to where those who need the support are, it turns out to be simpler to bring both the work and those performing it to where the money is. Work that can be performed remotely is thus transferred abroad.

There are other methods organizations use to survive in the aggressive environment of governmental pressure that exists in Russia today, and they all share a common aspect: a gradual transition from traditional forms of civic and activist groups organized on corporate or institutional principles toward network structures built on distributed operational ties.

Such a structure obviously has many entry points, where new members can blend into the joint effort and where new tools, directions, and tasks of joint work can emerge. But it is also well-equipped with multiple exit points that provide vectors for disseminating the group’s work. All of these characteristics work in concert to not only achieve, but also promote, the result of the joint activity. The network organizes around the task, defines the goals, offers assistance to those members in need, counters threats and obstacles to the work, and ultimately publishes the results the investigation—whether through mass media or individual “likes” or “shares.”

This horizontal approach is not just the model—it is the real practice of civil society in today’s (and tomorrow’s) Russia. This practice is also in clear conformity with Darwinian teachings on “the origin of species by means of natural selection.” In the “struggle for life,” Russia’s best activists and civic activism will endure and, over time, perhaps prevail.