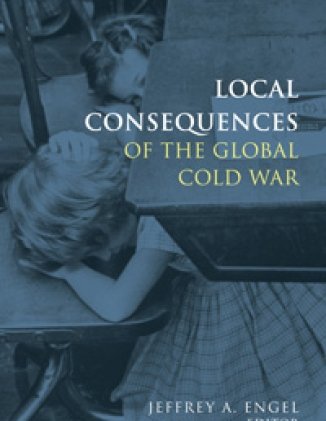 Up to now, the study of Cold War history has been fully engaged in stressing the international character and broad themes of the story. Local Consequences of the Global Cold War turns such diplomatic history upside down by studying how actions of international relations affected local popular life.

Each chapter has its origins in a major international issue, and then unfolds the consequences of that issue for some region or city. Thus the starting points for the various contributions are great unifying questions regarding postwar occupation, militarization, industrialization, and decolonization. But the ending points are small and dispersed, such as movies in Japan, race relations in the American South, forests in East Germany, and industry in Novosibirsk. Collectively, these stories show how the cold war affected every facet of life—East and West, urban and rural, in developed and developing nations, in the superpowers and on the periphery of the international system.

Jeffrey A. Engel is assistant professor at Texas A&M University's Bush School of Government and Public Service and associate director of the Scowcroft Institute for International Affairs.