Mexico: The Fight Against Corruption 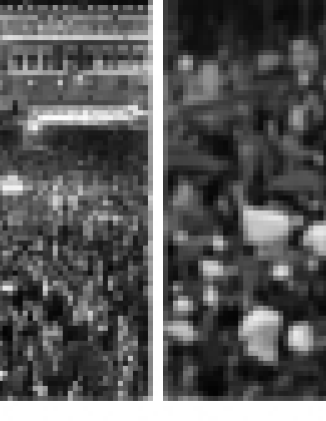 Though neither of the two recent episodes that sparked Mexico's largest public-awareness movement since the beginning of this century were anything out of the ordinary, they marked a tipping point in Mexican politics. First off, the forced disappearance of 43 students in Iguala, Guerrero, on September 26, 2014, caused a wave of protests against human rights violations and impunity. Soon after, leading journalist Carmen Aristegui published a report on First Lady Angélica Rivera's dubious acquisition of the "Casa blanca," a high-end residence in Mexico City. Aristegui pointed out that Grupo Higa, which built the residence for Rivera "according to her specifications," had been awarded several public-works concessions during Enrique Peña Nieto's governorship of the State of Mexico, as well as during his presidency, provoking widespread public discontent toward corruption in Mexico. In less than 45 days, the social discontent that had accumulated over the course of almost 15 years came to the forefront, with collective outrage focusing on two main issues: impunity and corruption.

With Ayotzinapa in the backdrop, the disclosure of First Lady Angélica Rivera's tactics to increase her private wealth, coupled with the president and his wife's ambiguous and insufficient public response, which widely circulated in the media, only exacerbated public discontent—finally opening a window of opportunity to make in-depth modifications to Mexico's institutional design and fight corruption at its roots.

The ongoing transparency and corruption reforms have been the subject of much public debate. These reforms have built upon academic and social organizations' years of research and dialogue to draft comprehensive, articulate, and coherent public policy on accountability as a way to fight the corruption that has plagued Mexico's public institutions. Corruption hinders institutions from performing as expected, deteriorates trust and social relationships, violates rights, wastes resources, limits economic growth, and stops income distribution. Corruption is the number one cause of inequality, impunity, and exclusion from Mexico's political regime. In this paper, Mauricio Merino discusses Mexico's fight against corruption and reviews the ongoing reforms to promote transparency and curtail corruption.

This paper is available in both English and Spanish. 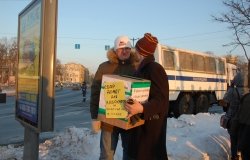 Blog post
Democracy
The Price of Dissent
By Nina Rozhanovskaya on June 23, 2021