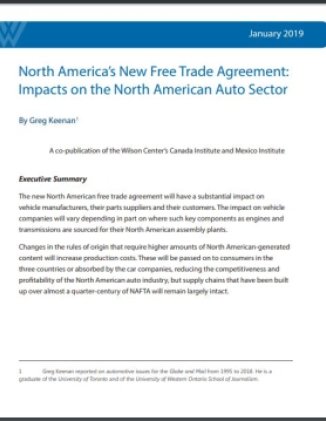 Changes in the rules of origin that require higher amounts of North American-generated content will increase production costs. These will be passed on to consumers in the three countries or absorbed by the car companies, reducing the competitiveness and profitability of the North American auto industry, but supply chains that have been built up over almost a quarter-century of NAFTA will remain largely intact.