PM Begin writes to Margaret Thatcher in 1979, warning of the threat posed by Pakistan's Nuclear Program 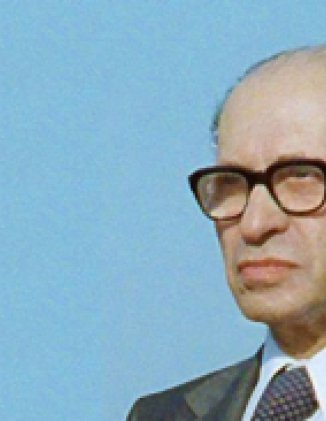 Great international attention has been recently dedicated to Israel’s fear of Iran acquiring a nuclear bomb and to the possibility of an Israeli attack against the Iranian program. However, Iran is not the first to be the target of an international Israeli campaign. Nor was Iraq’s “Osirak” nuclear reactor, which was famously bombed by the Israeli air force this week 33 years ago in “Operation Opera.” Rather it was Pakistan’s nuclear program, with its so-called “Muslim bomb,” that was the first to receive such attention from the Israeli leadership—beginning as early as the late 1970s.

As of the late 1970s, Pakistan knew that Israel saw its nuclear program as a clear and present threat. Fears of a possible Israeli raid were fuelled by targeted attacks conducted between 1979 and 1981 against AQ Khan’s European suppliers; attacks that the Pakistani government believed (and not without reason) that the Israeli Mossad was behind.[1] In 1979, Israeli Prime Minister Menachem Begin launched a letter writing campaign in an attempt to convince Western leaders to clamp-down on the Pakistani program. One such letter from May 1979, addressed to British Prime Minister Margaret Thatcher and published today in the NPIHP Digital Archive, stressed that “to the people of Israel this could, one day, become a mortal danger.”[2] Warning against the collaboration between Pakistan and Colonel Qaddafi of Libya, Begin cautioned Thatcher  of “what could happen in the Middle East, and particularly to the men, women and children in Israel should the lethal weapons of mass killing and destruction fall at any time into the hands of an absolute ruler like Colonel Qaddafi.” The British Foreign and Commonwealth Office was not impressed and saw Begin’s letter as an opportunity to raise the issue of Israel’s own nuclear status with the Israeli government and “underline to the Israelis… that they also have a part to play in ensuring that nuclear weapons are not introduced into the Middle East.”

Pakistani fears of an Israeli attack only grew after Israel’s successful raid against the Iraqi Osirak nuclear site on 7 June 1981. The Pakistani government read a clear message from this event: even if Washington is willing to ignore a clandestine nuclear program such as Iraq’s, Israel was not. Former Brigadier General Feroz Hassan Khan details the Pakistani fear of a joint Israeli-Indian attack against Pakistan’s Kahuta nuclear facility in the mid-1980s in his book Eating Grass.[3]According to researchers Levy and Scott-Clark it was the Americans who tipped off the Pakistanis in 1984 about a possible Indian-Israeli attack against Kahuta; they quote Pakistan’s vice chief of army staff, General K.M Arif, acknowledging that “Our friends [the Americans] let us know what the Israelis and Indians intended to do and so we let them know how we would respond . . .”[4]

As the research supporting my book Bargaining on Nuclear Tests shows, the 1984 American tip-off to Pakistan was not an isolated incident. Reassured by Pakistan’s promise not to conduct a nuclear test, the Reagan administration made numerous gestures of leniancy towards Pakistan’s nuclear efforts during the 1980s. In Bargaining on Nuclear Tests I explore how the Reagan administration decided to turn a de-facto blind eye to Pakistan’s nuclear efforts—limiting itself to diplomatic reprimands in the face of Pakistani violations of nonproliferation commitments.[5]