Pointing to the Emerging Soviet Dead Ends: NATO Analysis of the Soviet Economy, 1971-1982 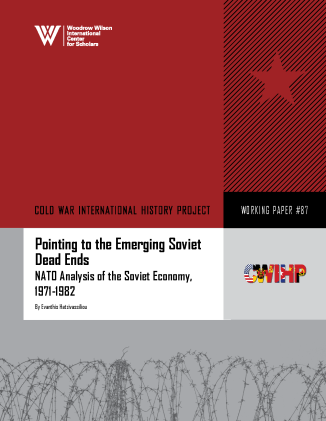 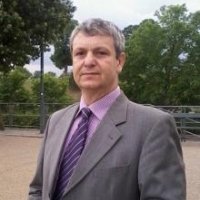 Pointing to the Emerging Soviet Dead Ends: NATO Analysis of the Soviet Economy, 1971-1982

Each of the two Cold War worlds claimed that it represented the best answer to the problems of modernity. Their records in the fields of development, growth rates, Gross National Product (GNP, for the West) or Net Material Product (NMP, the indicator used in the Soviet world), consumption, and per capita income significantly affected the dynamics of the Cold War conflict. Economic success was thus a major component of Cold War arsenals. By the 1960s, when the immediate needs of postwar reconstruction had been met, a more elaborate international economy started to emerge, in which trade, credits, financial and monetary affairs, as well as indebtedness, the efficient use of resources, and the raising of the standard of living in the more demanding societies of both East and West played an increasingly important role.[1]

This study discusses a dense and transitory period. The year 1971 was a major turning point in postwar history. The unilateral abandonment of the Bretton Woods system by the US was a clear sign that the West was entering a period of economic distress. This also caused tense disagreements between the US and the European Communities (EC). Moreover, major changes occurred in the international system, principally the American rapprochement with China, followed by President Richard Nixon’s visits to Beijing and Moscow. Nixon himself referred to 1971 as “the watershed year.”[2] The analysis ends in 1982, when Leonid Brezhnev died, and new models of governance were visibly emerging in the West, allowing it to overcome the difficulties of the previous years. By the late 1970s and the early 1980s a whole era had ended—the epoch of the New Deal and of systematic state intervention in the Western free economies—and was being replaced by novel methodologies of government, seeking a relative reduction of the state’s role in the economy.

At the same time, important changes were evident on additional levels. As we now know, during the 1970s the Western world slowly entered the post-industrial era.[3] Breathtaking advances in technology opened new fields of activity and of international scientific cooperation, unthinkable in earlier days, such as computers, satellites, communications, the Sea Bed, and the environment. The human rights agenda was rising, and was proving particularly relevant for societies which had overcome the immediate need for post-1945 reconstruction and were seeking to improve the “quality of life.” Monetary issues became crucial after 1971, and especially after the first oil shock of 1973. The first signs of a “globalization” of problems emerged, and the term was first used by the New York Times in 1974.[4]

On the other side of the Iron Curtain, the Soviet economy was facing its own predicaments. Although the Soviet Union entered the 1970s in seemingly satisfactory shape, by 1982 the picture was reversed, and the superpower of the Second World was facing economic stagnation that its political system seemed unable to reverse. Effectively, the West was able to adjust to the demands of the new, post-industrial era, whereas the failure of the Soviet system to do so would prove decisive for the outcome of the Cold War.

This study assesses the evolution of Western perceptions of the Soviet economy during this transitory era. The study of NATO analysis does not involve only the complicated Soviet facts, political or economic. It also concerns Western consultation processes, worldviews, and perceptions. It mostly involves the interaction of national perspectives in one of the major institutions of the West, NATO. In this respect, it is crucial to take into account some of the fundamental assumptions—not always unspoken—of Western analysts, which formed the background of their analysis. First, the economic problems of the 1970s created a nightmare for Western societies, analysts and governments, triggering memories of the disastrous consequences of the previous great crisis after 1929. Especially after the first oil shock, the relative advantage of the West—its economic might—seemed to be in doubt. This, then, was a much less confident West compared to the previous decades. Second, despite the strong evidence that the Soviet Union was facing a painful economic situation, it remained a hugely powerful adversary. The enormous Soviet military potential, conventional and nuclear, always remained a decisive factor in Western analysis. Thus, this study focuses on Western perceptions, the interaction of national perspectives, and the effort to produce a coherent Western/international understanding of a powerful opponent. In short, it is a study of NATO, rather than an objective review of Soviet economic or political history.

Despite the relative loss of Western self-confidence because of the problems of the Western economies and the recurring transatlantic differences of these years, by the mid- and late 1970s, NATO analysts pointed to severe problems in the Soviet political and economic system. Any Soviet advantage (for example the rise in oil prices) seemed to have short-term effects, whereas the weaknesses of a fundamentally conservative and rigid system appeared to be structural and chronic. Nevertheless, Western analysts kept pointing to the huge size of the Soviet economy and did not suggest that the Soviet system faced an existential danger. They noted that much would depend on the political abilities and dispositions of a new generation of Soviet leaders who were expected to emerge by the mid-1980s. The Western analysts neither foresaw nor wished for a “collapse” of the Soviet Union such as the one that occurred in 1991.

[1] On the importance of the economic and social conditions in the strengthening of the legitimization of the two Cold War systems, see among others, Melvyn P. Leffler, For the Soul of Mankind: the United States, the Soviet Union and the Cold War (New York: Hill and Wang, 2007); Odd Arne Westad, The Global Cold War (Cambridge: Cambridge University Press, 2007); John Lewis Gaddis, We Now Know: Rethinking Cold War History (Oxford: Oxford University Press, 1997), 189-220; Charles S. Maier, Dissolution: the Crisis of Communism and the End of East Germany (Princeton: Princeton University Press, 1997); David G. Engerman, “The Romance of Economic Development and New Histories of the Cold War,” Diplomatic History 28, no.1 (2004): 23-54; Richard N. Cooper, “Economic Aspects of the Cold War, 1962-1975,” and Wilfried Loth, “The Cold War and the Social and Economic History of the Twentieth Century,” in The Cambridge History of the Cold War, eds. Melvyn P. Leffler and Odd Arne Westad (Cambridge: Cambridge University Press, 2010), 2: 44-64 and 503-523 respectively; Mark Kramer, “Ideology and the Cold War,” Review of International Studies 25, no.4 (1999): 539-576.

Professor of Postwar History at the Department of History of the National and Kapodistrian University of Athens, Greece
Read More