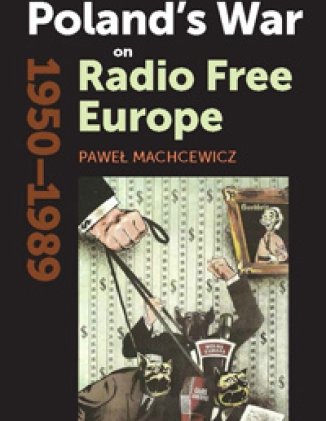 Poland’s War on Radio Free Europe, 1950–1989 tells the story of Poland’s struggle against foreign radio broadcasts, a key part of the wider effort “to control the flow of information and ideas, which largely determined the Communist regimes’ ability to command their societies and to meet their political and ideological goals,” according to Paweł Machcewicz.

This is the first book in English to use the unique documents of Communist foreign intelligence operations so widely, and it also employs propaganda materials and personal interviews with Radio Free Europe people and with party and security functionaries. The English translation reflects further discoveries of documentation since the original publication in Polish in 2007.

Paweł Machcewicz is a professor at the Institute of Political Studies of the Polish Academy of Sciences, Warsaw, and director of the Museum of the Second World War in Gdańsk. He was a Public Policy Scholar at the Wilson Center in 2013 and was a Cold War International History Project Scholar at the Center in 1994 and 2007.