Report of the Dialogues on the Oil Sands: Engaging Canadians and Americans 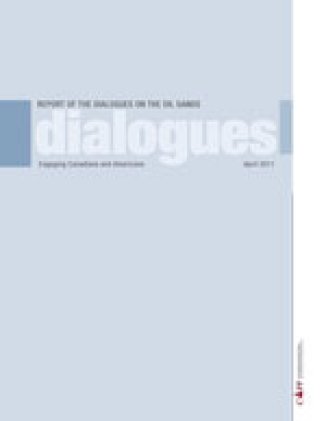 This Oil Sands Dialogue paper sets out in Part I to report on the conversations that took place during the "2010 Oil Sands Dialogues" and in Part II to outline the broad consensus response of the oil sands producers to what was heard in the Dialogues process.The Oil Sands Dialogues are an integral part of the Canadian Association of Petroleum Producers' desire to engage Canadians and Americans in a deeper discussion about the development of Canada's energy assets, with particular focus on the oil sands.