Rough and Tumble of Building Democracy in Georgia 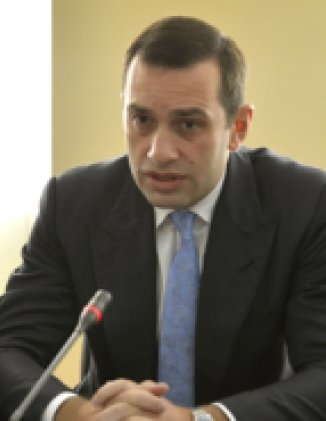 Leadership squabbles and instincts for retribution are testing Georgia’s democracy. If leaders do not come together to strengthen the political system and governance, Georgia’s future could hang in the balance.

The latest upheaval came on November 4 when Prime Minister Irakli Garibashvili dismissed Irakli Alasania, the respected defense minister. The alleged offense was Alasania’s contention that the arrest and criminal investigation of ten defense ministry and general staff officials were “politically motivated.” Prosecutors charged them with procurement corruption, and with health and sanitary negligence leading to food poisoning of hundreds of soldiers. Not long after, President Giorgi Margvelashvili jumped in to defend Alasania, saying NATO had “acknowledged” his efforts at transparency.

Alasania touched a raw nerve by claiming his firing was an “attack against Georgia’s Euro-Atlantic choice.” Garibashvili retorted that the Euro-Atlantic process “is and will be irreversible.” On this issue he and his Georgian Dream colleagues are sensitive. In the 2012 parliamentary elections, former President Mikheil Saakashvili leveled the same charge against them, but they won anyway.

Georgian Dream is a coalition of political parties funded and led by Bidzina Ivanishvili, who made billions in Russia in the 1990s and returned home. The United National Party is led by Saakashvili, who in 2003 led the peaceful Rose revolution which overthrew President Eduard Shevardnadze. Saakashvili served as president for the next decade.

A popular consensus exists in Georgia to move the country westward. It has been strengthened by the 2008 Russian invasion of Georgia and now the aggression against Ukraine. Every future Georgian leader is likely to favor membership in the European Union and the North Atlantic Treaty Organization.

Georgia’s progressive integration with Euro-Atlantic institutions will help anchor it in a community of democratic values and prosperity. At its April 2008 summit in Bucharest, NATO promised that Georgia would become a member but declined to begin preparations. Four months later Russia invaded.

At the outset of the war, the Saakashvili government fell for a provocation and shelled civilian areas in South Ossetia. This impulsive performance stoked perceptions that Georgia was not ready for NATO membership. Most Georgians, however, saw the brush-off in Bucharest as hinting to Moscow that it could invade with impunity.

It is taking Georgia time to recover and show more judicious leadership. In this context, the current political struggle in Tbilisi has strategic importance. Is it a sign of a maturing polity in which political parties are realigning based on interests, and the quality of governance is improving? Or is the tussle an omen that politics remain driven by personalities and feuds, and governance is vulnerable to them?

In 2012 Georgian Dream won parliamentary elections by a wide margin, owing mainly to widening disgust with Saakashvili’s long reign. Despite making bold reforms that slashed corruption and improved the business climate, Saakashvili and his team became arrogant and heavy-handed.

After the Georgian Dream victory, Ivanishvili took over as prime minister. The next year Margvelashvili, an esteemed academic but political neophyte handpicked by Ivanishvili, won the presidency. After serving only a year as Georgia’s tenth prime minister in twenty years, Ivanishvili resigned and installed his long-time personal aide, Garibashvili.

Under Ivanishvili, Garibashvili served as interior minister for one year. His ministry incurred criticism for pursuing selective justice and political vengeance after it arrested a number of former officials from the Saakashvili government. Last July, Garibashvili’s government seemed to go further. It filed criminal charges against Saakashvili, accusing him of using violence to disperse political protests in 2007. Judicial processes for these individuals must be fair and transparent if they are to garner wide acceptance. Whether this will be the case is not yet clear.

In emotional style Garibashvili has denounced Alasania as a “traitor,” raising a question whether the government will seek to prosecute him. Such an action in the absence of convincing evidence would further undermine confidence in the judicial process.

The cracking of the Georgian Dream coalition is unsurprising. It is a new creation, forged among disparate political parties to defeat Saakashvili and his party. Some see the fracturing as inevitable, even welcome. This could help the country if it caused political parties to realign based on interests. Until the withdrawal of Alasania’s party, Georgian Dream contained two liberal parties led by prominent figures with few substantive differences. Many figures in Saakashvili’s party also carry a liberal banner.

Under Georgian Dream rule, the top two executive branch positions are held by individuals beholden to Ivanishvili but new to national political life. This weakness tempts coalition defections, and heightens the risk that the government might fail to cope with demanding challenges. Alasania, who has national and international stature, seemed to choke under a tight leash from Ivanishvili.

Public disputes between Margvelashvili and Garibashvili are another issue. Recently they squabbled over which one would sign trade and association agreements with the European Union. Georgians should take advantage of the current political flux to find ways to improve the likelihood that experienced leaders will assume top government posts.

Georgia Dream has tried to improve relations with Russia even as it maintains the country's western orientation. But Tbilisi remains deadlocked with Moscow over the status of the Russian-occupied separatist areas of Abkhazia and South Ossetia. On November 24, Russia signed a treaty with Abkhazia, virtually absorbing the separatist region, which was widely condemned in Georgia. Nonetheless, Georgia has an interest in cooperative ties with Russia where possible. Hundreds of thousands of Georgians live and work in Russia.

A misfortune of politics in much of the former Soviet space has been the inability of reform leaders and political parties to combine energies. In Russia, infighting weakened the liberal bloc during Boris Yeltsin’s time, darkening the popular image of democracy and economic reform. This helped set the stage for Vladimir Putin. After Ukraine’s liberal Orange Revolution in 2004, feuding between Viktor Yushchenko and Yulia Tymoshenko destroyed hopes of reform. This helped paved the way for the election of Viktor Yanukovych as president.

Georgia should learn from these experiences. Political parties aligned by interests – such as liberal versus conservative, or regional views -- are more likely to offer clear choices to voters, and to endure beyond a charismatic leader.

Georgia faces serious risks. Russian irredentism in Ukraine raises the prospect that Moscow may do more to undermine Georgia. Poverty erodes social comity and national strength. To reduce vulnerabilities, Georgia needs a more vibrant political system. Ethnic Georgians and non-Georgians should be able to participate fully in political and economic life. The executive arm of Georgia’s government should be subject to tighter parliamentary oversight, the work of ministries be made more transparent, and the much criticized prosecutor's office be depoliticized.

In a thoughtful speech to parliament on November 14, Margvelashvili rightly pointed out that the current crisis exposed not just political infighting, but a “lack of institutional governance.” In the next phase of building democracy, Georgia ought to put in place more of the institutional checks and balances that enable democracies to thrive. This will take effort, but not many years.

Adjunct senior fellow at the nonprofit, nonpartisan RAND Corporation and a former U.S. ambassador to Georgia and Kazakhstan