Russian Politics: The Paradox of a Weak State 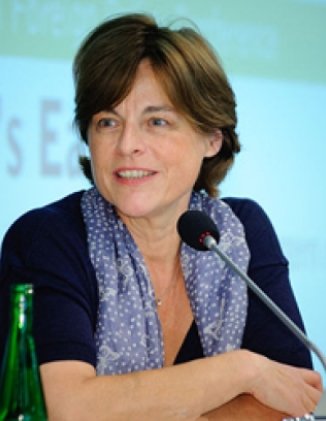 “Today I wish to ask the question: ‘Is Vladimir Putin’s system of rule in crisis?’” opened Marie Mendras, Professor at Sciences Po University and Research Fellow with the National Center for Scientific Research in Paris, at a March 11, 2013 lecture at the Kennan Institute. Discussing her latest book, “Russian Politics: The Paradox of a Weak State”, Dr. Mendras contended that, in the face of a changing social landscape, the current Russian leadership is at a deadlock, reversing Alexis De Tocqueville’s axiom about ‘bad governments’*  to claim “that the most dangerous time for Putin’s regime is when it is unable to reform.”

Mendras referenced two main factors in assessing the sustainability of Putin’s tenure in the Kremlin: “institutions’ capacity and legitimacy” and the “loyalty of the elites,” the latter being “absolutely crucial to the survival of the current leadership.”

Public institutions, Mendras argued, are the best way to assess the health of the Russian state, and the measure by which she maintains that Russia is a weak state if not geopolitically, then certainly in terms of domestic governance. The already weak Russian institutions of the 1990s are worse today, according to Mendras, as a result of policy “on the part of the Putin circles, to weaken further public institutions in order to develop their own system of rule.”

She identified key institutions such as “the opposition” and “universal suffrage” as institutions indispensable to a rule-of-law state and those most compromised in Russia today, but went on to state that, even though it is virtually impossible for the opposition to express itself publicly and influence politicial and economic decisions, it remains very active on the Internet. The Russian leadership cannot undo the damage done by the rigged elections and the resulting protest movements of 2011-2012.

It is precisely because they have hollowed out most public institutions, that Russia’s leaders have no legitimate way of mediating unrest in (public) society, leading to a “situation that is stuck on each side.” This static and defensive style of leadership, Mendras asserted, leads to uncertainty among the elite who have given their loyalty to Putin only in return for his ability to provide stability and enrichment.

Mendras cited a growing body of research that shows a new, weaker public image of Putin that is no longer “sacred.” She suggested that elites are in doubt and questioning how to behave now that their “own vested interests and perspectives for the future, may be hindered by a regime that cannot change, and probably can no longer offer the guarantees that it did until a few years ago.”

Mendras posited: “what is happening inside the establishment is certainly no longer the quiet life of a consensual and happily fed elite” but acknowledged that it is difficult to know what is really happening because no one is willing to openly take risks and propose real options.

One possible outcome is the appearance of “oligarchic and local interests that can no longer be monitored by groups in Moscow or by the Kremlin,” devolving power to local authorities or companies. Such unmonitored devolution, with the Kremlin losing the ability to project its authority to the provinces, would be the consequence of the regime degrading institutions in order to cling to power.

If reform is the only answer to this loss of control and growing social discontent and uncertainty, Mendras doubted that there exists any political will at the top for change, alluding to the modernizing rhetoric of Medvedev’s presidency, which did not produce results. Why, she questioned, would there be change now, “when the situation is worse for the Putin leadership”?

Predicting the outcome of this reluctance to reform 20 years on, Mendras stated that Russia, “comparatively speaking, in the world, and even on the Euro-Asian continent, will be weaker than today”. She foresees economic, political and social fragmentation along with a slow decline rather than an “implosion” or total failure of the Russian state.

Marie Mendras concluded that it would be difficult to predict how long Putin’s regime might persist. “Of course, the regime still has considerable resources,” she stated, “but political force and repression has a cost, and that cost of resorting to oppression is politically, economically, and socially much higher than it was a few years ago. And I think it is also becoming more costly in foreign policy and international relations.”

* “the most dangerous moment for a bad government usually is when it starts to reform,” The Old Regime and the Revolution. 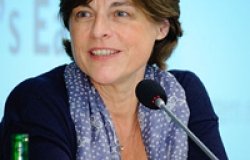