Skip to main content
Support
Show
Streaming
Preparations and Challenges Ahead of Brazil's 2022 Presidential Election
Explore More
Close
Blog post
Energy Security
Will Ukraine Have Enough Gas This Winter? The Answer Depends on Russia and Naftogaz
By Andrian Prokip on July 5, 2022
Share on FacebookShare on TwitterShare via Email
Share
Part of the Speeches, Transcripts, Interviews
Publication 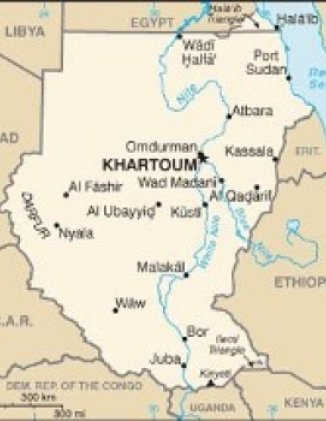 This a timely visit for the following reasons among others:

First, it gives me the opportunity to introduce myself to the American
Government including the US administration, the Congress and other aid and development agencies. In this regard, I feel that this has been a tremendous success, because I have met very important officials and I have not only come to know at personal levels but has afforded me to know how things work at the American Government.

I have also taken the opportunity of my visit to thank people and Government of the United States for providing humanitarian assistance to people of Southern Sudan and other marginalised areas during the two decades of the civil war in our country.

We are very grateful for this assistance and have expressed the wish that the emergency humanitarian aid be converted to long-term rehabilitation and development programmes. Here my impression is that this request was well received in all my meetings.

Secondly, I have been able to address the challenges to the transition in Sudan especially the implementation of the comprehensive agreement (CPA) that was signed between the then NCP lead GOS and the SPLM. It is obvious to most people here that the implementation pace of CPA has been very slow and I agree. But there are reasons of which some can be explained easily. Others are difficult to do so. On our side the untimely death of our late leader Dr John Garang contributed a great deal to the slow pace.

However, things are now picking up as a lot of institutions created by the CPA. This include the establishment of the two chambers of the national legislatures namely National assembly (Parliament) and the council of the state (Senate) as well as the council of ministers (Cabinet) of the Government of National Unity (GONU) in September 2005.

Earlier on July 9th 2005, the Interim National Constitution was signed into law followed by the establishment of the presidency. At the level of Southern Sudan we have established the interim legislature of Southern Sudan (Southern Parliament) and the council of ministers of the GOSS.

The national commission and committees that are essential for the implementation of the CPA are now in the process of establishment. Among these are the assessment and evaluation commission and National petroleum commission, monetary and financial allocation committee. The determination of the North - South border of January 1, 1956. National petroleum commission, the Joint defense board, ceasefire political committee and several others.

Thirdly, the issue of sanction on the Sudan has been revisited in my many discussions in Washington. The issue is whether to lift or retain the sanctions on Sudan. It has been agreed that both sides will develop action plan towards
this end.

Lastly, the Darfur situation that is currently deteriorating in terms of security was greatly discussed. On the initiation of the SPLM a high level of National Committee chaired by president Bashir and deputised by myself and vice president Ali Taha has been setup in order to develop a common position of the Government of National Unity on the negotiations with the Darfur Rebels.

The committee held its first meeting on October 26, 2005 and it is hoped that this position will be ready by the 7th round of talks on November 20, 2005 in Abuja, Nigeria. The SPLM will be part of the GONU delegation.

Of course the divisions within the main rebel group the SLA remains one of the great obstacles to peaceful resolution of the conflict in Darfur.

Finally, I would like to thank the Woodrow Wilson Centre for according me this opportunity to meet and dialogue with the friends of Sudan in the USA.

Thank you for listening.

President of the Republic of South Sudan
Read More