The Role of Traditional Justice Institutions in Peacebuilding: Lessons Learned from the Gereb in Northeast Ethiopia 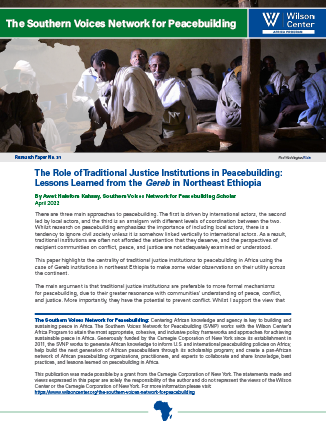 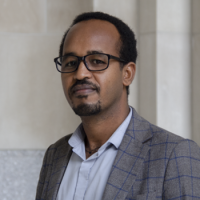 There are three main approaches to peacebuilding. The first is driven by international actors, the second led by local actors, and the third is an amalgam with different levels of coordination between the two. Whilst research on peacebuilding emphasizes the importance of including local actors, there is a tendency to ignore civil society unless it is somehow linked vertically to international actors. As a result, traditional institutions are often not afforded the attention that they deserve, and the perspectives of recipient communities on conflict, peace, and justice are not adequately examined or understood.

In this paired paper and policy brief, Southern Voices Network for Peacebuilding scholar Awet Halefom Kahsay highlights the centrality of traditional justice institutions to peacebuilding in Africa using the case of Gereb institutions in northeast Ethiopia to make some wider observations on their utility across the continent. He also provides policy recommendations for entities including The African Union, United Nations, the Government of Ethiopia, and International Actors Working in Ethiopia for the incorporation and inclusion of traditional justice systems in the peacebuilding process.

The Role of Traditional Jus... by The Wilson Center

Policy Brief: The Role of T... by The Wilson Center