The Brazilian Congress at the Frontier of Innovation 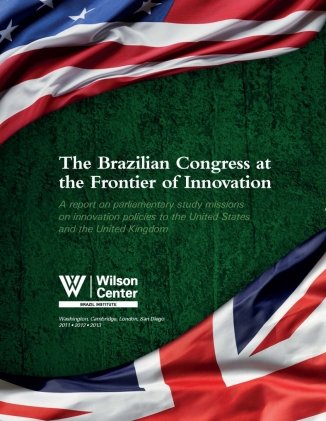 Fostering understanding of public policy issues relevant to Brazil’s continued development and its relations with the United States and the global community is a key driver of the Brazil Institute’s mission. With that in mind, in 2011 we have embarked in the facilitation of a series of interactions between members of the Brazilian Congress as leading thinkers and doers on innovation. The initiative, supported by Interfarma, the trade association of the pharmaceutical industry in Brazil, has resulted in three Brazilian Congressional Study Missions on Innovation to American and British academic institutions.

Thirty-two house federal deputies and senators, including majority and minority leaders and presidents of parliamentary committees with jurisdiction over areas that are relevant to innovation, have participated in the Study Missions at the Wilson Center, the United States Department of State, the Massachusetts Institute of Technology, the London King's College Brazil Institute, and the Institute of the America's, located at the University of California San Diego.

Participating members of the Brazilian Congress attended forty lectures about the complex array of themes and public policies that affect the innovation policies and strategies debates on both sides of the Atlantic, followed by lively debate and interactions with policy makers and leading innovators.

The Brazilian Congress at the Frontier of Innovation we are releasing today contains the presentations experts on the various aspects of innovation policies made to the members of the missions as well as edited transcripts of their dialogue. We are glad to announce the missions are set to continue in 2015 and beyond.

A Portuguese version of the report will be available in January 2015.