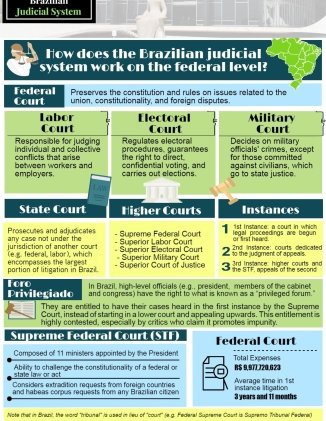 Brazil's judiciary is a multifaceted system that operates on the state and federal levels, much like the U.S. judicial system. Primarily based on the civil law tradition, it divides cases into several different jurisdictions, including labor, electoral, military, constitutional and non-constitutional. It also includes three instances of appeal, with cases able to advance from first-level courts all the way to either the Supreme Federal Court or the Superior Court of Justice. Below are two graphics that aim to explain both the role that each court plays, and the interaction between the system's different parts. High-resolution versions are also available for download.

For more information on the Brazilian judicial system, see our Rule of Law Series, which brings to Washington the judges, prosecutors, defense lawyers, legal experts, and practitioners engaged in the evolution of justice and rule of law in Brazil.

Part One: The Role of the Federal Judiciary 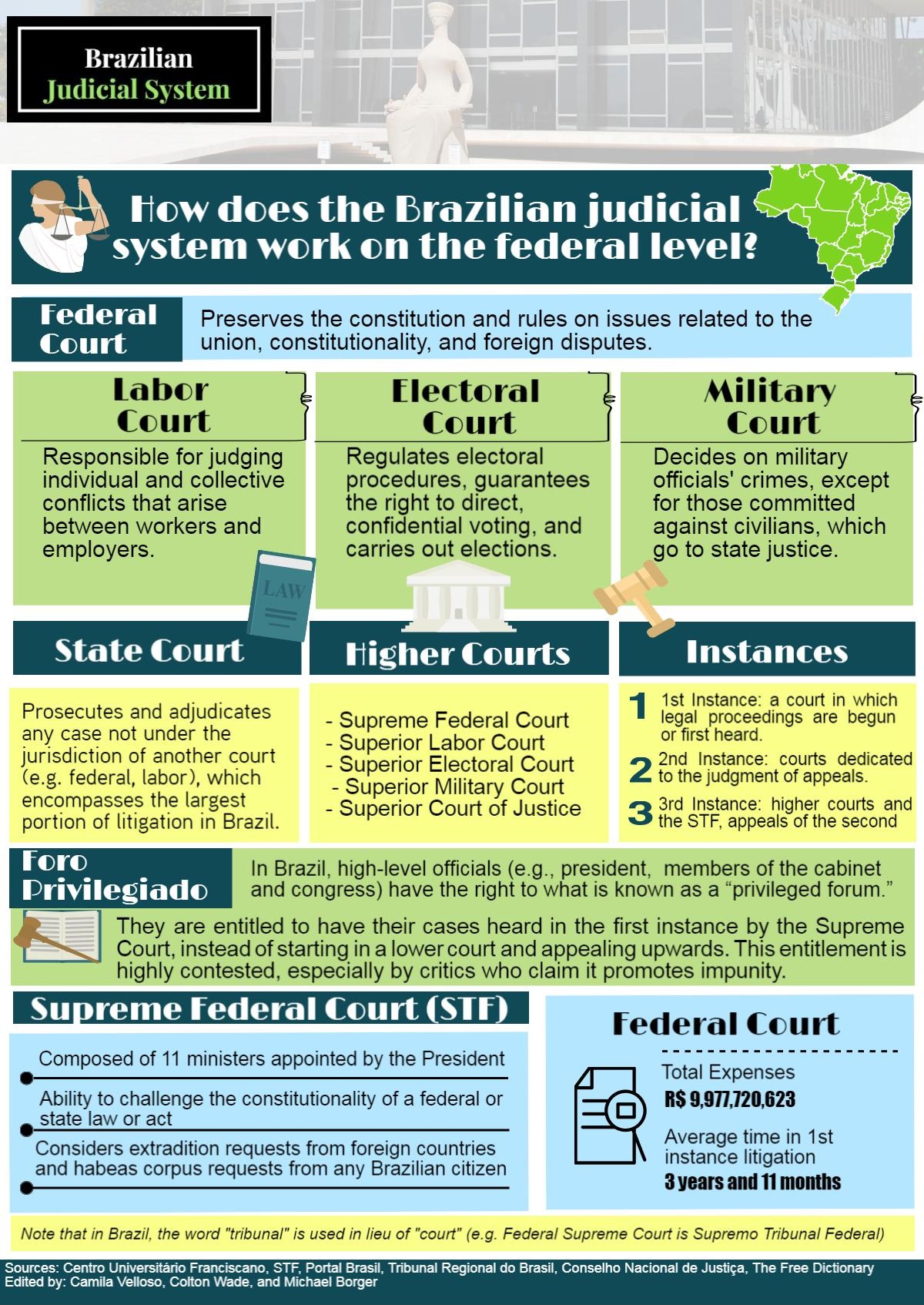 Part Two: How Cases Move Through the Judicial System 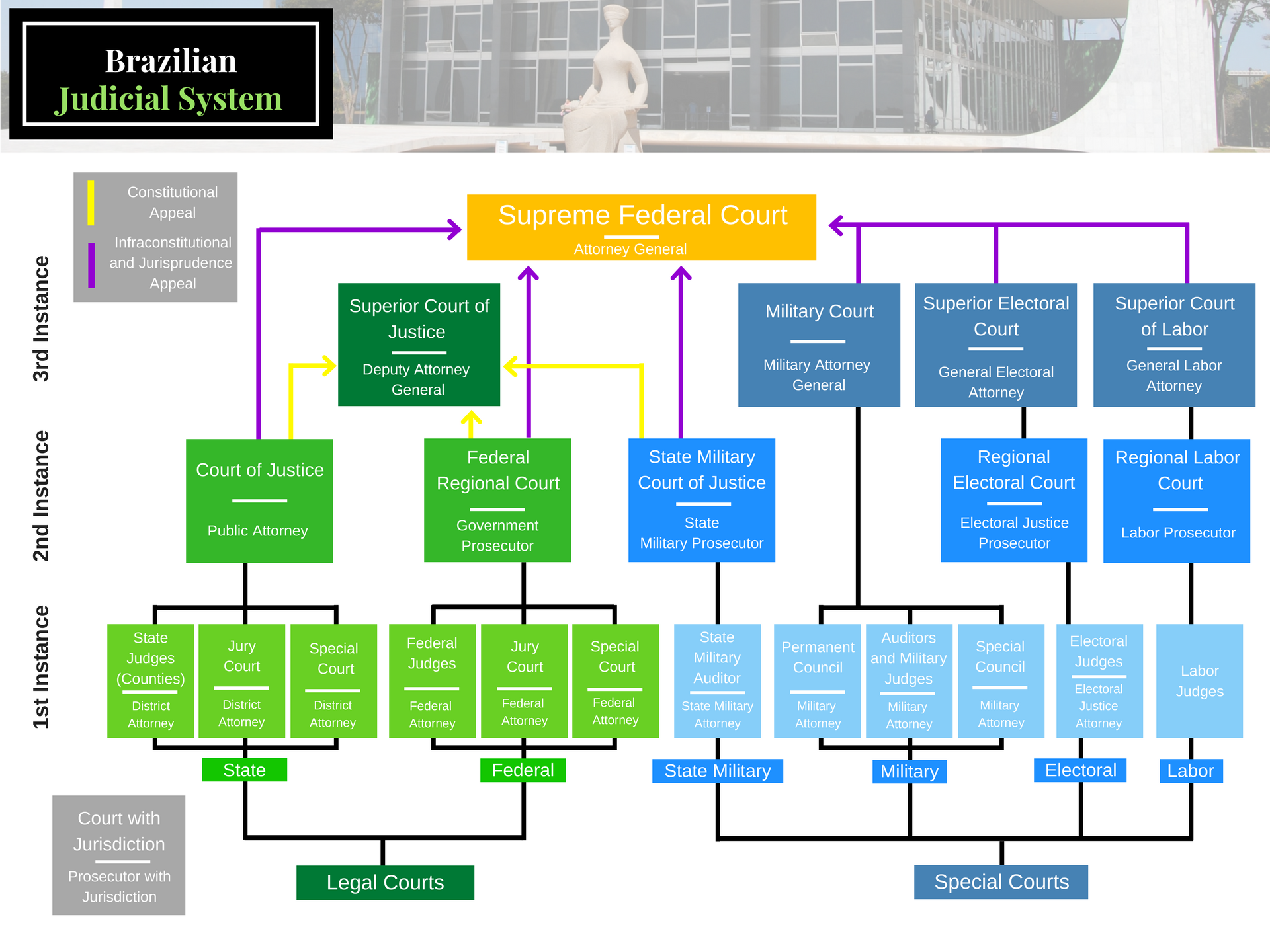