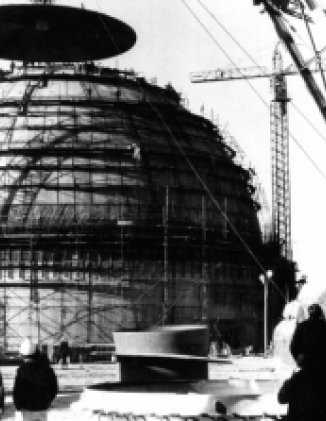 India’s first nuclear explosive test in May 1974 had deep consequences for the nuclear non-proliferation regime. The establishment of the Nuclear Suppliers Group in 1975 added to the safeguards requirements that were imposed on countries seeking nuclear technology—even those that were outside the NPT. This tightening of the nuclear technology transfer regime as a result of India’s 1974 test would have a considerable effect on the Brazilian and Argentine programs.

Argentina was the first to suffer immediate effects, however, because of its cooperation with Canada. Feeling responsible for having contributed to the Indian test by virtue of its nuclear collaboration with that country, the Ottawa government decided to tighten its nuclear cooperation policies. This decision effected agreements that Argentina had signed with Canada before the Indian explosion for the transfer of technology and construction of its second nuclear plant, Embalse.

In this context, in June 1974—one month after the Indian test—the director of the Argentine nuclear plant Atucha, Jorge Cosentino, visited Brazil and expressed the Argentine interest in exchanging experiences" in the nuclear field with its neighbor. In the next month, taking advantage of a visit by the Superior War College of Brazil to the Atucha plant, Cosentino once again insisted on the Argentine interest in having a nuclear understanding with Brazil. [Document 1]

In Brazil, the National Security Council (CSN) was charged with analyzing the Argentine initiative following previous, failed attempts at nuclear cooperation between the two countries. On September 8, 1974, the conclusions of a study by the CSN were favorable to nuclear cooperation with Argentina. The members of the Council believed that the agreement could help Brazil to achieve three objectives: (1) reduce mutual mistrust between Argentina and Brazil; (2) neutralize third-party concerns about an eventual Argentina-Brazil nuclear race and (3) take advantage of the exchange of experiences between both countries in the technical field since they pursued two different technologies (heavy water reactors, in case of Argentina and enriched uranium, in Brazil). [Document 2]

Even having a favorable disposition toward the Argentine initiative, President Geisel vetoed the possibility of deepening the conversations in the nuclear field with Argentina with a view to arriving at an agreement. The Brazilian President was of the view that before the signature of an agreement with Buenos Aires, "several pending issues under negotiation" between the two countries should be resolved, making explicit mention to the question of the massive Itaipu hydroelectric dam. Geisel ended by suggesting that Brazil should wait for the solution of the conflict over shared resources in the Plata River basin before negotiating on nuclear cooperation, and at the same time requested that the Brazilian foreign ministry in Itamaraty prepare a draft of the proposed agreement. [Document 3]

As the Argentine-Brazilian dialogue on the harmonization of the hydroelectric projects on the Paraná River deteriorated, the separate bilateral nuclear dialogues between both Argentina and Brazil and the United States also soured. In South America, the nuclear policy of the Carter Administration (1977-1980) aimed at leading Argentina towards the ratification of the Treaty of Tlatelolco and preventing the full implementation of the Brazilian-German nuclear cooperation agreement which envisaged the transfer of proliferation-sensitive technologies such as uranium enrichment and plutonium reprocessing.

Although the United States failed to meet with success in these efforts, a new American proposal was received in a different manner. The initiative came from Republican Congressman Paul Findley, who suggested that Argentina and Brazil, although not members of the NPT, adopt a common safeguards regime and make a public declaration that they would renounce peaceful nuclear explosions. These principles would eventually become the central elements in the ulterior establishment of the Brazilian-Argentine Agency of Accounting and Control of Nuclear Materials (ABACC) in 1991. [Document 4]

Findley's initiative was conveyed to Argentine President Jorge Videla and Brazilian Vice-President Adalberto Pereira dos Santos on the occasion of both men's presence in Washington for the signature of the Torrijos-Carter agreements on the Panama Canal in September 1977. Although Argentina received the idea favorably, Brazil—whose relationship with the United States was at the time going through one of its worst periods—rejected it.

With the March 1979 change of government in Brasília, the Brazilian attitude toward Argentina changed markedly. During the new administration of João Batista Figueiredo, Brazil tried to revive nuclear discussions with Buenos Aires. In that sense, in August 1979 Itamaraty established a series of contacts with Argentine diplomatic authorities in order to express Brazil’s interest. [Document 5]

The Argentine Foreign Ministry believed that the Brazilian initiative had three causes: (1) the deceleration of the Brazilian nuclear program; (2) internal criticism of the project by the Brazilian scientific community, and (3) pressure from the United States connected with the Brazil-Germany nuclear agreement. Argentine authorities saw benefits in the establishment of a nuclear cooperation agreement with Brazil, but also suggested that the discussions be postponed until the problem of the hydroelectric projects had been resolved. [Document 6]

Finally, after the resolution of the Plata River basin conflict in October 1979 with the signature of the Tripartite Agreement between Argentina, Brazil and Paraguay, it was possible to resume nuclear conversations between Buenos Aires and Brasilia. During Brazilian President Figueiredo’s visit to Buenos Aires in May 1980, the first nuclear cooperation agreement between the two countries was signed, thus closing a twelve-year effort to arrive at a nuclear understanding. The agreement made possible the establishment of a common front against the critics of the Argentine and Brazilian nuclear programs and at the same time permitted concrete nuclear cooperation in several fields.

Document 1: Visit of an officer from the Embassy of Brazil to the Atucha nuclear plant, July 1 1974, secret.

PNB Paulo Nogueira Batista/CPDOC Archives. PNB pn a 1974.07.01
This document is a detailed report from the Brazilian Embassy in Buenos Aires about the visit of Brazil’s Superior War College to the Atucha nuclear plant. There its director, Jorge Cosentino, explained the Argentine nuclear program in detail and expressed interest in finding formulas for cooperation with Brazil in the nuclear field.

Document 2: Exposição de Motivos from the National Security Council to the President of the Republic*, September 8 1974, secret.

Antonio Azeredo da Silveira/CPDOC Archives. PNB pn a 1974.07.01
The document is a report on the several attempts at establishing nuclear cooperation in the period 1968-1974. In July 1974, on the occasion of the visit of a delegation from the Superior War College to the Argentine Atucha nuclear plant, its director, engineer Cosentino, proposed a cooperation agreement between the two countries with the objective of defusing concerns of the international community about a possible Brazil-Argentina rivalry. Despite the cautious reception of the Argentine proposal by the National Security Council, which also pointed out its possible advantages, President Geisel, in a manuscript note, said that there were several pending issues to be resolved before the establishment of nuclear cooperation between Brasília and Buenos Aires would become possible.

Antonio Azeredo da Silveira/CPDOC Archives. PNB pn a 1974.07.01.
The document contains President Geisel's response to the opinion of the National Security Council about nuclear cooperation between Argentina and Brazil. It concludes that the solution of pending issues with Buenos Aires should come before advancing in the nuclear field.

Document 4: Report from the Vice-President to the President of the Republic on the occasion of the signature of the new treaties with Panama, September 7 1977.

Antonio Azeredo da Silveira/CPDOC Archives. AAS 1974.04/23.
Vice-President Adalberto Pereira dos Santos reports on his meeting with Republican Congressman Paul Findley, who proposed on a personal basis the creation of a mutual nuclear surveillance system between Brazil and Argentina with a view to allay doubts about a possible arms race. Findley had already presented the proposal to Ambassador Geraldo Holanda Cavalcanti (aide to Minister Silveira) on the occasion of his visit to Brasília on August 23 1977. According to his proposed agreement, Brazil and Argentina would renounce the intention to develop a nuclear explosive device and would accept mutual inspections in their respective nuclear facilities.

Source: AHMRE.
This document deals with the conversations between Counselor Raul Estrada Oyuela, from the Argentine Embassy in Brasilia, and Luiz Augusto de Castro Neves, Deputy Chief of the Energy and Mineral Resources Division of Itamaraty, on the possibility of nuclear cooperation between Brazil and Argentina.

Document 6: Note from the Head of the Latin American department of the Argentine Foreign Ministry, August 23 1979

Source: AMRECIC
In this memo, the Latin American department of the Argentine Foreign Ministry conveys its opinion on the Brazilian interest in including the nuclear issue in the agenda of the Special Brazilian-Argentine Committee on Cooperation (CEBAC), that the issue should be subordinated to the solution of the question of Itaipu.

Disclaimer: This dossier is the result of an ongoing research on the international history of Brazil's nuclear program. The above historical narrative and selection of documents and oral history interviews might be updated as new and relevant evidence is uncovered.

* "Exposição de Motivos" is the official designation of a formal written communication addressed to the President of the Republic (Translator's note). 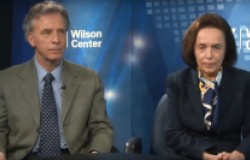 Article
Energy
A Transaction Does Not a Deal Make
By Aaron David Miller on April 7, 2015 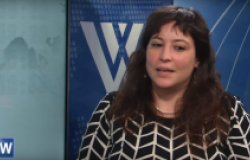