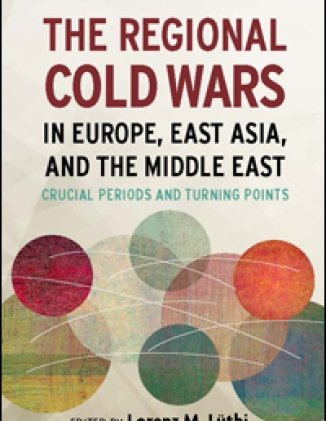 The Regional Cold Wars systematically explores the mutual interconnections of events in diverse regional Cold War theaters—both the horizontal connections between regions and the vertical connections of each regional conflict to the global Cold War. It covers Europe, East Asia, and the Middle East in the crucial periods 1953–56, 1965–69, 1978–83, and the late 1980s—beginning with Stalin’s death and ending with the end of US-Soviet antagonism. Contributions are based on documents from China, India, the Arab Middle East, Serbia, the former Soviet Union, former East Germany, former Czechoslovakia, Switzerland, the United Kingdom, and the United States, and its contributors include many of the leading scholars in international Cold War history. Their work reveals the agency of smaller powers in the development and end of the Cold War, including regional powers Egypt, Iraq, and Vietnam.

Lorenz M. Lüthi is an associate professor of the history of international relations at McGill University.