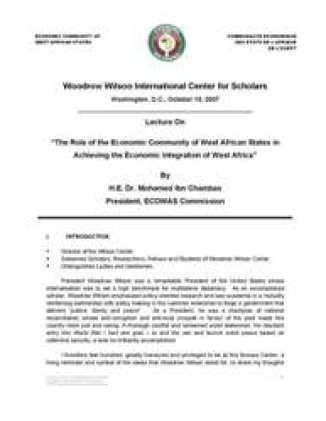 ECOWAS emerged on May 28 1975 at a time that the world, and Africa particularly, was going through a crisis in international economic relations, manifested in falling living standards in developing countries; over-dependence of Africa on the economies of the former colonial powers; limited space for manoeuvrability by the individual developing countries on the international scene; the paradox of sovereign equality of states and inequality in the ability to act. Its creation was spearheaded by a section of the sub-region’s leadership at the time who found the argument for collective self-reliance in order to at least survive in the global system and engage in it meaningfully as persuasive and irresistible. With the assistance of the United Nations Economic Commission for Africa the UN had developed a rational framework for the creation of regional economic communities as a means of collective self-reliance for sustainable socio-economic development, and as building blocks of an African Economic Community.