Tightening the Screws: The Origins and Dynamics of Kim Jong Un's Clampdown on “Capitalist Tendencies” 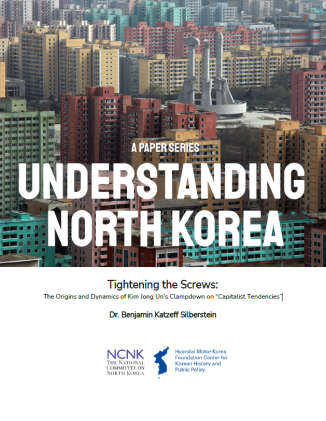 "North Korea is one of the harshest totalitarian dictatorships in the world. It is, however, not a static society. Dynamics of oppression have waxed and waned throughout the country’s history. The current leader, Kim Jong Un, has made it a priority to strengthen surveillance and social control, and launched an intense crackdown against foreign, “capitalist” culture in the country around one year ago. This runs counter to what many believed—or perhaps, rather, hoped for—as Kim ascended to replace his father, Kim Jong Il, in late 2011. This paper explores the origins and dynamics of the current crackdown as well as the risks it carries for the regime."