The United States and Canada Agenda 2021 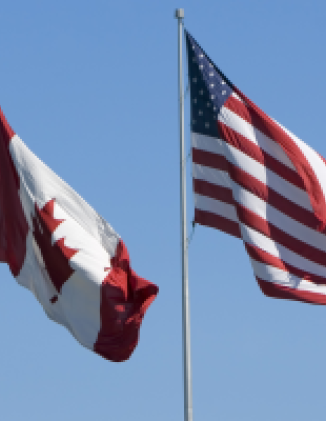 The change in administration in the United States, from Donald Trump to Joseph Biden, provides an important opportunity to review the most pressing issues that are on – or should be on – the bilateral agenda. The 117th Congress is closely divided with Democrats in control of the U.S. House of Representatives and Senate, but by narrow margins. Confirmation of the Biden administration’s cabinet, senior officials, and a new ambassador to Canada are likely to take longer than Biden or Canadian officials would prefer.

The 2020 election in the United States saw very little comment or debate about Canada or bilateral issues by candidates of either party. Yet the election did feature a robust discussion of issues that are important to both countries: the COVID-19 pandemic response, the need to revive the economy, and implementation of the United States Mexico Canada Agreement (USMCA).

This report is a compilation of commentary by the scholars and fellows affiliated with the Canada Institute at the Woodrow Wilson International Center for Scholars on the bilateral agenda in 2021. It is not a consensus report; not all of the contributors would agree with what others have written, and in some cases the authors are writing in their area of specialization unfamiliar to the rest. We publish this report aware that not ever issue is, or could be, addressed here. Indeed, as 2021 unfolds it is likely that certain issues will emerge and dominate the bilateral relationship between the United States and Canada that were not included in these pages.

Nonetheless the report provides a snapshot of the issues that concern our experts that we hope will prompt your thinking and robust debate in both countries about the future of this important relationship. If something here moves you to comment, we would love to hear from you. You can reach us by email at Canada@wilsoncenter.org.