Skip to main content
Support
Explore More
Close
Event
Cold War
Why Did Russia Let the Republics Go? Revisiting the Fall of the USSR
On Monday, April 29, 2013 at 12:00 – 1:00 ET
Share on FacebookShare on TwitterShare via Email
Share
Part of the Meeting Reports
Publication

Why Did Russia Let the Republics Go? Revisiting the Fall of the USSR 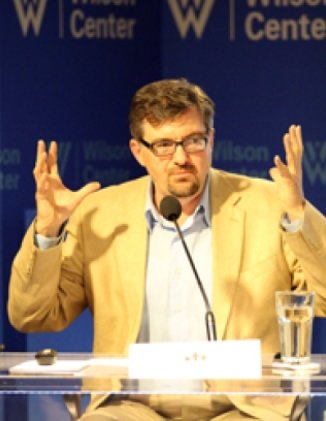 “Why did the Russians, despite all that one would expect from them given the histories of the downfalls of empires, decide not to fight and to let the empire fall?” asked Serhii Plokhii, Mykhailo Hrushevsky Professor of Ukrainian History at Harvard University, at a 29 April 2013 lecture at the Kennan Institute. Plokhii discussed the fall of the Soviet Union in the context of the last five months of the Soviet Union in order to explain why it was not accompanied by the violent conflicts triggered by the collapse of previous empires.

Plokhii argued that the fall of the Soviet Union is a unique case in the history of empires: “Russia let most of the republics go without a fight, without a struggle.” While there were slogans and campaigns for independence among the Union republics in the months before the collapse, none were campaigning for the complete disintegration of the empire. Rather, each was struggling against the central authority to augment its own independent power base. Even the Baltic states, the most independently minded of the republics, operated along these lines. Other republics, such as those in Central Asia, were not struggling at all against the Union for political independence.

It is common for scholars to mark the Soviet Union’s de facto end in August 1991, when Boris Yeltsin suspended the activities of the Communist party on the territory of the Russian Federation. However, Plokhii stated that this action alone did not precipitate the end of the USSR and independence of its constituent parts. Plokhii contended that only the exit of the Baltic States was inevitable at that moment; the status of other republics like Kazakhstan, Kyrgyzstan, Belarus and Ukraine was not fully understood until December 1991.

Consequently, Plokhii focused on the five month period between August and December 1991, because it was still not clear at the time what would happen to the Soviet Union. Early on in this period the goal of both Russian and republic elites was to save the Soviet Union in some form. However, over time, decisions taken by Russia’s first elected president, Boris Yeltsin, increasingly convinced Russian elites that it was time to exit the Soviet Union.

The Russian democratic movement starting in 1989 undertook a widespread switch in allegiance from Soviet to Russian institutions to realize their political aspirations. The Russian democratic leaders believed it would get more traction in the Russian Duma than in the all-Union Supreme Soviet, because Gorbachev was mobilizing the more conservative votes in the Union parliament against the democratic movement. This switch in allegiance was facilitated by the institutional structure at the time, which consisted of parallel national and republic state structures. As a result, Yeltsin’s Russian Federation was able to replicate and replace Soviet state control across Russia.

Yeltsin’s next move came when he disbanded the Communist Party in August 1991. In so doing, Yeltsin effectively undermined in one stroke one of Gorbachev’s most powerful instruments of political power as president of the Soviet Union. Immediately following this move, the Russian state moved to take complete control of the institutions of the Soviet Union. Plokhii explained that it was Russia’s takeover of Soviet institutions that prompted the declarations of Ukrainian independence that echoed throughout the Soviet Union over the following week.

Once Russia’s attempt to take over Union institutions failed in the wake of Ukrainian declaration of independence, Yeltsin knew his political career depended upon successfully governing Russia rather than preserving or replacing the Soviet Union. Drastic economic reforms were to be planned with only Russia in mind, disregarding the republics. Ethnic and religious considerations also played a role in Yeltsin and Russian elites deciding to abandon the Union: Once it was clear that Ukraine was lost, Russia was not interested in a union with a greatly diminished Slavic influence relative to the populations of Central Asia and the Caucasus.

In the end, Russian control over the natural resources on its territory played perhaps the most important role in convincing Yeltsin and Russian elites to abandon the Soviet empire. Plokhii observed that unlike previous large empires that had external colonies with vital natural and economic resources, the Soviet empire’s resources were concentrated largely within the Russian Federation itself: “Russia left the empire with natural and economic resources, leaving the former colonies struggling without them.”

“The thinking in August and September 1991 was that Russia needed time to use its resources to rebuild its economy,” said Plokhii. Russian elites thought that eventually the republics would have to return to the Russian fold to get access to Russian resources and trade. Ultimately, explained Plokhii, “the idea was not there that the split would be permanent, and Putin’s foreign policy of the last decade has not departed much from this vision.”